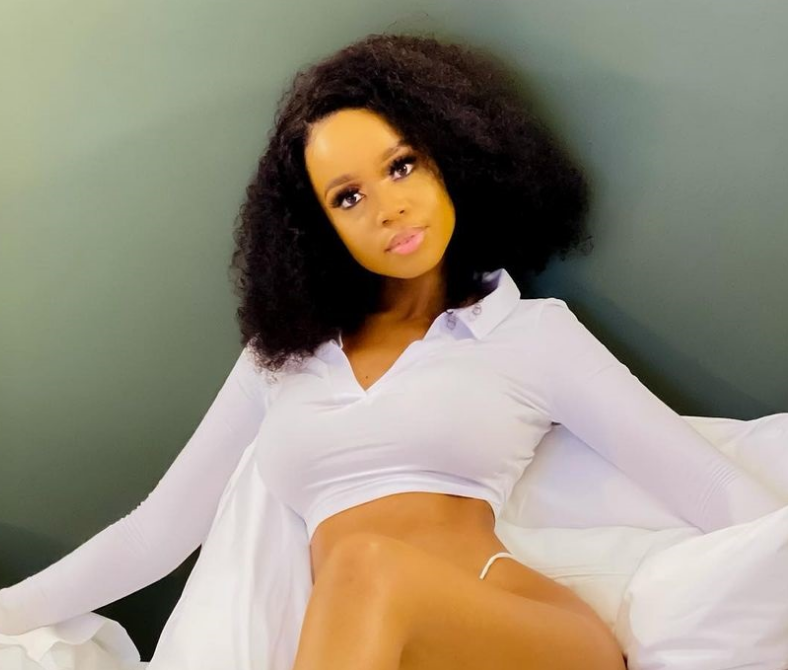 Indeed Sandile Mahlangu is one of the hottest guys in the acting industry in Mzansi but not everyone expected Ntando Duma to crave on him like that. Taking to Instagram Sandile posted a picture of himself smiling and as expected his fans were appreciating the actor. What surprises people is that Ntando Duma goes on to mention what gets her kicking about him.

A screenshot of an Instagram story. The skin be skinning and the waves be waving,” Sandile posts. Not able to hold herself Ntando comments saying, “…and the teeth be teething” The crying emoji leads the public to think Ntando wants Sandile so much. 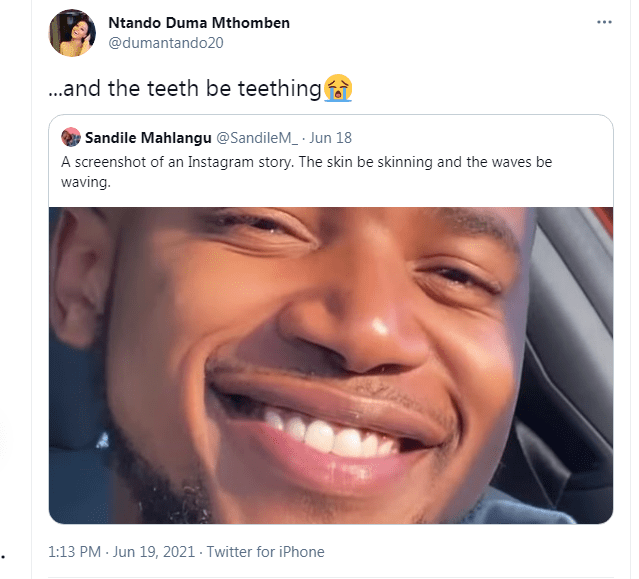 Most people agree with Ntando and they all comment good things about the Scandal actor. Here are some of the comments from the public:

“So pleased with yourself after moving that body from one place to the next.”

“You are one of the most handsome men in the industry.”

“And the beard be bearding.”

No one really blames the actress for acting that way. Most people are interested to see how this would turn out considering Ntando is one of the hottest women in Mzansi. However, early this year a lady exposed Sandile after the two hooked up and he ghosted the lady. In response, the lady posted their conversation and most people were not impressed with his actions.

People ended up concluding that Sandile disrespects women. Unfortunately, nothing has been reported concerning his girlfriend or partner. Sandile’s role on the sitcom Single Guys opened the doors for him. In 2016 he well executed the role of Cash on Rhythm City. Since then his talent has been doing the works.