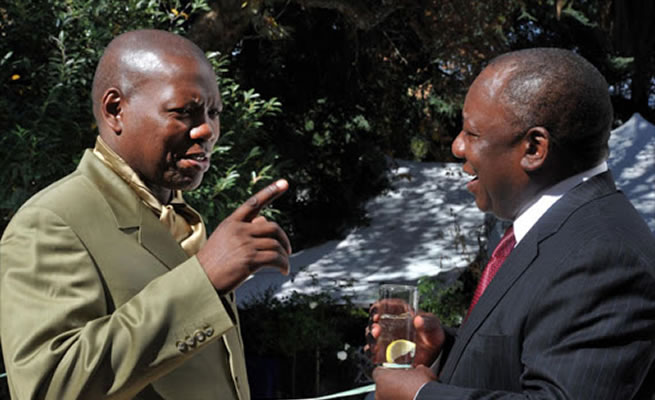 Disgraced former health minister Zweli Mkhize has finally made his move for the ANC presidency after months of lobbying behind the scenes to get the nod to challenge Cyril Ramaphosa in December.

Mkhize hopes to secure the backing of the mighty Kwazulu-natal province, which is set to hold its much-awaited special provincial executive committee (PEC) in the coming days to discuss who it will support for a top six position in the December conference.

The Mail & Guardian has spoken to at least five regional leaders who are clear that Mkhize must find expression.

But the newly elected Kwazulu-natal top five is wary of announcing its preference because the Ramaphosa machinery has solidified support in other powerful provinces. He has already received the nod from the Eastern Cape, Limpopo, Northern Cape and Mpumalanga.

Gauteng — dominated by the Adiwele faction led by the likes of Lebogang Maile and Mzwandile Masina — is likely to pronounce on Ramaphosa in the near future.

Kwazulu-natal regional leaders, who have spoken on condition of anonymity, from the ethekwini, Musa Dladla, Mzala Nxumalo, Moses Mabhida and Lower South Coast regions have said that when the special PEC meets, they will lobby that it supports Mkhize.

This comes after Nkosazana Dlamini-Zuma, a key figure in the province, threw her hat in the ring last week through a report in the Sunday Times.

It is understood that Dlamini-zuma’s name originated from meetings held between former president Jacob Zuma — her ex-husband — and his allies in the ANC’S national executive committee (NEC).

Dlamini-zuma led the radical economic transformation slate at the ruling party’s 2017 conference but lost to Ramaphosa.

Although there has been widespread speculation that Zuma expressed his wish that Dlamini-zuma be considered for the race to regional leaders, the five who spoke to the M&G say that this never happened.

One ANC leader from the Musa Dladla region said that the former president had only made reference to Mkhize during meetings.

“All Nxamalala has ever said around the leadership was that he was fine with Zweli,” they said.

The four other leaders who were interviewed by the M&G confirmed this was true.

The regional players said that although Dlamini-zuma still had the respect of the province, she had made her ambitions known far too late.

One ANC leader from the Eastern Cape, who downplayed Dlaminizuma campaign, said she had no support from regions, adding that she was making calls to provincial and regional leaders on her own asking for help.

“I have never received a call from Nkosazana before, I was shocked when she called me. She has no one lobbying for her. That tells you all you need to know about her campaign,” the ANC leader said.

A leader from the Mzala Nxumalo region said it was important that the province lobbied for one name in the top six. He said there was little doubt his region would throw its weight behind Mkhize.

“It is unlikely that we will jump to the media like the other provinces to pronounce. What we will say is, let the branches decide, but what we will agree on is that after the provincial general council, we will lobby for the name that emerges.

“We can’t afford to be divided but at the same time we want to see a leader from the province emerging in the top six. At this point, Zweli Mkhize is the front runner but if other regions come with another perspective we will have to consider it,” the Mzala Nxumalo regional leader said.

A regional leader from ethekwini said the special PEC would probably take place before branch general meetings start on Monday. He said two names are being debated in his region — Dlamini-zuma and Mkhize.

“It’s tricky because if we decide on Mkhize as our candidate for president, we will have to support Paul Mashatile to get support from other provinces. However, Ramaphosa has already received support from so many regions so it will take some work to change their minds,” he said.

“Equally if we say Mkhize or Dlamini-zuma for deputy president, they will be contesting Paul. Paul is on a much better footing than Ramaphosa. We stand a chance of losing again as we did in 2017. It’s a lot to think about. That is why we have to be very careful and play this very well to get what we want,” the regional leader added.

While the name of the former Kwazulu-natal provincial secretary, Mdumiseni Ntuli, has been touted for the position of secretary general, the regional leaders, including that of ethekwini — his home region — say he is not likely to get support.

A Lower South Coast leader said, “If we support Mdu, Mkhize and Nkosazana, we will have a problem. We need to have one person in mind and all go behind one person. It won’t work otherwise.”

In 2017, Mkhize was forced to collapse his presidential bid because he lacked the support of a provincial bloc, having lost contact with his constituency in the province during his term as ANC treasurer general.

He now hopes to use Kwazulu-natal as his launching pad and to secure the backing of the province — and its weight in the lobbying process — ahead of December, thereby increasing his chances of making it to the top six ballot as president.

Kwazulu-natal will again be the largest delegation at the December conference, with 877 voting delegates out of a total of 4357, followed by the Eastern Cape province with 791. Limpopo has 613 delegates, while Mpumalanga, has been reduced to 390, behind Gauteng, which has 502.

Addressing the Victoria Mxenge memorial lecture at Chesterville in Durban on Wednesday night, Mkhize was scathing of Ramaphosa, saying his leadership collective had “dismally failed” the ANC.

In his written speech Mkhize said: “The current ANC leadership came to power on the back of a promise to deliver a good governance and anti-corruption programme, both of which, we were told, would enable the state to deliver the social goods so sorely needed by our people — education, health, safety and jobs.”

“Not only has this leadership dismally failed to deliver these but this so-called ‘good governance and anticorruption’ programme has been exposed as a cynical fraud aimed at purging potential political opponents and fracturing the ANC to the point where it would become a nonentity in the South African political context.”

Mkhize accused the ANC leadership of being “factional” in its pursuit of good governance and fighting corruption, saying that it appeared they had deliberately failed to implement resolutions regarding radical economic transformation to alienate the party from its core constituency and to ensure that it did not get an outright majority in the 2024 national general elections.

He said supporters of a drastic “shift to the right” towards a post2024 coalition with the Democratic Alliance were being profiled by the media while lobbying for the arrest of “those who are opposed to it” on “unspecified charges”.

Mkhize said the conference in December “represents the last significant opportunity to save our movement from this counter-revolutionary project”.

Surprisingly, in his remarks during the lecture, Mkhize presented a watered-down version from what in the written speech sent to journalists.

In a television interview at the end of the lecture, which was hosted by the ANC ethekwini region, Mkhize said he would be available to stand if nominated by the party’s branches during the branch general meetings, which starts this week.

“The process of nomination will be left to the branches,” Mkhize said. “As members of the ANC, if the branches have made a nomination, we have to oblige.”

Turning to the Digital Vibes scandal, which led to his resignation as national health minister, Mkhize said there was “nothing that I have not done” in terms of clearing his name.

The ANC’S integrity commission has recommended that Mkhize, a member of the NEC, be suspended over the Digital Vibes corruption saga, a decision which, if implemented, would prevent him from standing for office in December.

Mkhize said he had gone to court to have the findings of the Special Investigating Unit (SIU) report on Digital Vibes set aside.

Mkhize’s spokesperson Vuyo Mkhize confirmed that he would stand if nominated.