Zuma wants to bounce back: I’ll be ANC Chairman and Nkosazana Dlamini-Zuma will replace Ramaphosa

Zuma wants to bounce back: I’ll be ANC Chairman and Nkosazana Dlamini-Zuma will replace Ramaphosa 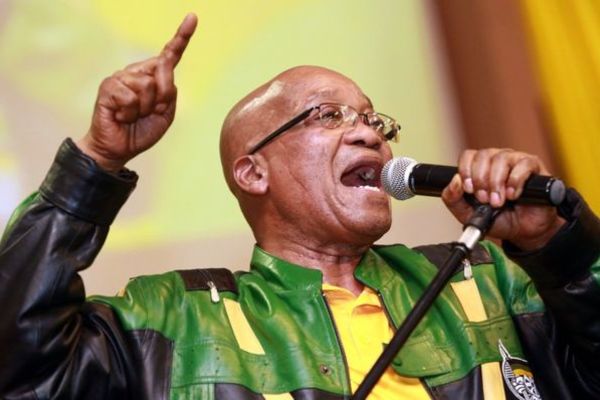 ANC leaders supportive of former president Jacob Zuma sought to dissuade him from the idea that he should contest as ANC national chairperson at the December conference.

Zuma is said to have revealed that he had been lobbied to return to active politics and contest for that position in a line-up that includes Nkosazana Dlamini-Zuma for president and Supra Mahumapelo as the secretary-general of the ANC.

“Zuma told them that he is being lobbied by the veterans and other groups that he must contest as the national chairperson. They heard him out, but there is no way a former president who led the organisation and left should now be elected to another position,” a source with intimate knowledge of the meeting said.

The source added Zuma had to be dissuaded from that idea by the leaders present at the meeting.

Two leaders with intimate knowledge of the meeting said Zuma appeared hell-bent that his allies should reignite a campaign to have Dlamini-Zuma elected president.

He is said to have firmly expressed his wish that his allies should not be “defocused” and consider any other candidate to contest President Cyril Ramaphosa for the ANC presidency at the December elective conference.

“He expressed his wish that we support Dlamini-Zuma and that there was no need to change candidates. We said we would have to discuss it with regions and structures and then decide on a single candidate,” the well-placed insider said.

The delegation – which included NEC members Dakota Legoete, Tony Yengeni and Mahumapelo – among others – are said to have told Zuma there were two other ANC leaders who were being considered to oppose him – Zweli Mkhize and Lindiwe Sisulu.

“There is a position that there must be a woman candidate. But there is also a consideration that structures in KwaZulu-Natal would want to pronounce Mkhize [as the preferred candidate to contest Ramaphosa]. They said we would have to discuss it and come up with a name by the end of the week,” the second source said.

On Sunday, the Sunday Times reported that Dlamini-Zuma had confirmed that she would accept the nomination to contest Ramaphosa at the December conference.

It is reported that a wider meeting is being planned for Thursday at Nkandla where Zuma’s allies across party structures are expected to finalise who they would back to oppose Ramaphosa.

Ramaphosa is seeking a second term as ANC president and has the support from at least four provincial structures of the party – Limpopo, the North West, Mpumalanga and Eastern Cape.

The second well-placed insider told News24 Zuma was told his wishes would be communicated to party structures “but it is not a given that what he wants will happen”.

“All uBaba [Zuma] can do is express his wish. Beyond that, he can’t impose anything. Structures will decide,” the source said.

ANC KwaZulu-Natal leaders are due to meet in earnest to finalise who the province will support as branches hold their general meetings to nominate leaders to take over the ANC in December.

An ANC KwaZulu-Natal regional leader told News24 they were disappointed “the province is being torn apart because former leaders want to have their way”.

“We have to be focused on uniting the ANC, and that is why as KZN we agreed that we will only put up one candidate, and that is to contest the president,” the regional leader said.

He added despite a bid by ANC leaders who hail from KwaZulu-Natal for them to be supported for other top six positions, the province agreed that it would only contest the presidency.

There is a push for ANC NEC member and former ANC KwaZulu-Natal leader Senzo Mchunu to be supported as a deputy president candidate, while former ANC provincial secretary Mdumiseni Ntuli is being lobbied to contest the secretary-general position.

“As KZN, we said we will only stick to one position. Now, we will have to debate who is the person we support fully to contest the [ANC] presidency.

ANC branch general meetings will begin this week, where branches will nominate their preferred leaders for the party’s top leadership.