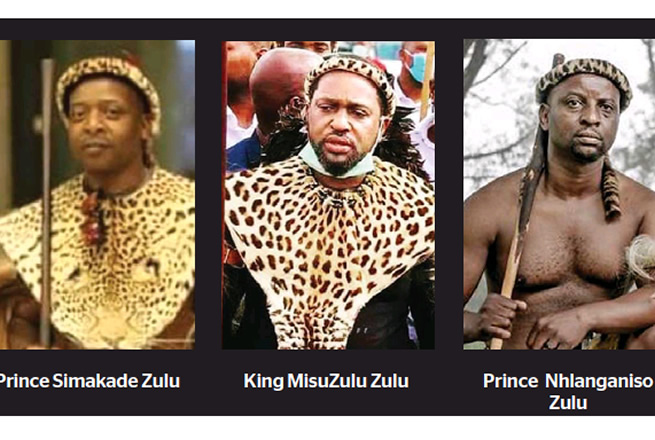 As royal siblings are battling it out in court over the rightful heir to be accorded the status of Amazulu monarch, another faction now wants their preferred candidate for the kingship to be offered protection, alleging that his life is under threat.

The faction wants the eldest son of the late King Goodwill Zwelithini kabhekuzulu, Prince Simakade, who was born out of wedlock, to succeed his father.

Prince Simakade made a surprising U-turn last week when he released a clip which went viral – denouncing the earlier version by Amazulu prime minister Prince Mangosuthu Buthelezi that he would not be challenging for the throne.

He accused Buthelezi of distorting the contents of his letter and subsequently went on record, saying that if his name is called by senior royals, he will immediately assume the position of king.

Sunday World reported previously that Prince Simakade was one of the names likely to be considered for the contentious throne.

A senior member of the Amazulu royal house, who is part of a faction secretly lobbying for Prince Simakade, said since it was public knowledge that they want the prince to succeed his father, he must therefore be offered protection.

“We have written to the premier of Kwazulu-natal, honourable Sihle Zikalala and made the request officially that Prince Simakade as a king-in-waiting must be offered protection as a matter of urgency,” said the royal sibling, speaking on condition of anonymity.

“The current atmosphere and the heightened tensions also warrant that he be protected.” Though another faction has accepted Misuzulu kazwelithini as the duly appointed king of Amazulu, the court case opposing his appointment has hindered his coronation.

On Friday, Buthelezi revealed during a media briefing that the bad blood between the royal siblings had created chaos for the Amazulu throne.

The briefing was aimed at announcing the end of the three-month mourning period for the late King Zwelithini and what will happen moving forward.

“We can’t run away from the fact that there is an elephant in the room. Currently, there are people who have taken matters to court opposing the coronation of a king,” said Buthelezi. Buthelezi added that the king-designate had excused himself from the briefing because he was not feeling well.

He was quick to point out that his condition was not critical, saying he was suffering from mild flu.

Asked whether the office of the | premier had received the letter requesting protection for Prince Simakade, Lennox Mabaso, provincial cabinet spokesperson, SAID: “The provincial government respects the royal house and we would not discuss their issues publicly.”