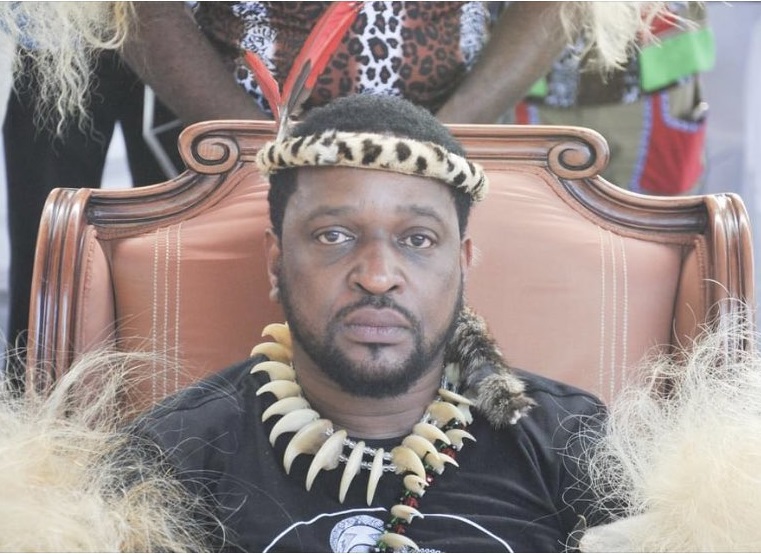 Zulu king Misuzulu kaZwelithini is believed to have been poisoned at his birthday party, a day before he was scheduled to address his subjects at the Umkhosi welembe (Shaka’s Day) event held in Stanger on Friday.

The de facto Zulu king celebrated his 47th birthday at the Beverly Hills Hotel in Umhlanga, Durban on the eve of Heritage Day.

The party was attended by the king’s close friends and associates including former president Jacob Zuma’s son, Duduzane.

We have been reliably informed by sources within the royal family that King Misuzulu suddenly suffered severe stomach cramps after eating at the hotel.

He was taken to his private room so he could rest, but the pain persisted to a point where his doctor was called and the king was taken to hospital, said the source.

Due to his condition, the king’s doctor had advised him not to attend Friday’s King Shaka celebration, but he insisted as everything had already been planned.

As a result, he was accompanied by his doctor to the celebration and was advised not to stand for too long, which made the king unable to deliver his speech.

“His doctor has run several tests and they suspect poisoning. They had advised that he was not even fit to attend the King Shaka celebration, but he insisted as people were already waiting for him.

“They tried to stabilise him; his condition is being closely monitored,” said another source.

The king, driven in a high-powered vehicle escorted by metro police bikers, arrived at the Shaka Day event at around 1pm. Upon his arrival, he walked straight to the main stage, flanked by his brothers.

Although he appeared okay, within 10 minutes of his arrival, he left the stage for the bathroom.

Prince Thulani Zulu, spokesperson for the Zulu royal family told the audience that the king was unwell and would not be able to deliver his speech.

He said the king had serious flu and could not stand for too long, so he delivered the address on the king’s behalf.

He also announced that Inkosi Phathisizwe Chiliza, the chairperson of the KZN House of Traditional Leaders was also hospitalised and could not be part of the event.

Chiliza had been expected to introduce the king.

Despite being unwell, King Misuzulu managed to lead the Zulu regiments into singing and dancing of amabutho, which is a significant part of the ceremony.

Asked about the poisoning, Prince Thulani said the doctor had not released the results to the family.

“He is recovering very well; he may be discharged today (Saturday) and travel back to Nongoma. I won’t comment on the poisoning until the doctors give all the results. But he got sick after he had dinner, which was part of his celebration in Durban,” he said.

The Shaka Day celebration was held under lockdown regulations with a small group in attendance. Zulu regiments led by maidens paraded through the streets of Kwadakuza to King Shaka’s grave to mark the celebration.

Delivering the king’s speech, Prince Thulani lamented that the royal house had to rely on donations for the event due to controversy since the passing of former King Goodwill Zwelithini earlier this year.

Disputes among the siblings over the heir to the throne have caused serious divisions among the family.

While King Misuzulu was named as a preferred successor to the throne by his late mother, Queen Mantfombi, some members of the family had not accepted.

Prince Thulani said the royal family would continue with its events without government sponsorship.

Over the years, the government spent millions on various events for the king.

“We had to source funds from our friends and partners for this event. The royal ceremonies are not just ordinary celebrations, they are prayers that connect us to the Almighty and ancestors who are owners of this throne. We had to do this ceremony despite the challenges. We are here to honour our founding leader who forged unity with other kings to build a formidable nation. We are also seeking unity during this period,” he said.

Yesterday, Blessed Gwala, from the Inkatha Freedom Party, lambasted the ANC provincial government for not funding events held by the royal house.

“The ANC government has given tacit support to a faction that is against the coronation of his majesty the king, by not supporting the Reed Dance ceremonies held in emachobeni, Ingwavuma and Enyokeni Royal Palace, or this year’s umkhosi welembe in Kwadukuza, preferring to make funds available for the KZN provincial government’s Heritage Day Celebration.

“The tactic of withholding funds to assist his majesty can only be meant to alienate the king and to make a mockery of the monarchy,” said Gwala.

Lennox Mabaso, KZN government spokesperson has maintained that the province has taken a decision not to fund Zulu Royal Household events until their disputes have been settled.