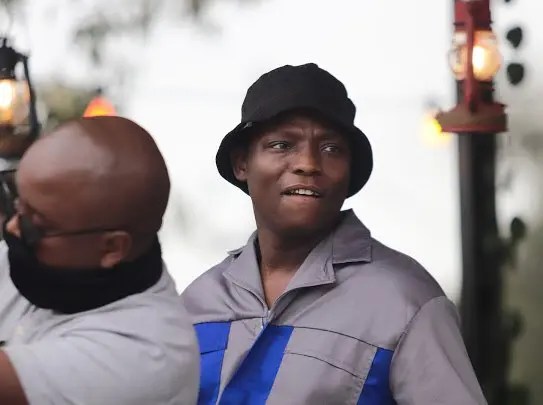 Zulu Boy joined the show in 2020 and he portrays the character of McGyver. The actor became a fan-favourite instantly and it came as a shock to many that he has been fired.

According to popular Twitter blogger Musa Khawula, Majozi has been shown the door due to being difficult to work. Apparently, his diva tendencies and absenteeism led to him being fired. “Durban Gen dumps Zuluboy. It is said Zuluboy was difficult to work with as he was forever missing work and rude to the crew,” he reported.

Former Isibaya Actor Zakhele Mabasa, has reportedly joined the show as MacGyver’s cousin. Zakhele is one of Mzansi’s most gifted and hilarious actors. He captured the hearts of many people when he played Skhaleni on Isibiya.
After the show got canned, he disappeared from the spotlight and it is good to hear that he will soon be returning.

It is said Zuluboy was difficult to work with as he was forever missing work and rude to the crew.

Others are not bothered by Zulu Boy’s firing from the show because it is coming to an end soon. The show has been canned by the channel. According to a statement released by eTV, Durban Gen has been canceled as part of a business strategy which includes the on-going review of the on-air life-cycle of all our shows.

“The decision to decommission the daily drama is part of a business strategy which includes the on-going review of the on-air life-cycle of all our shows. e.tv continues to look forward to fulfilling its mandate of producing exceptional and relevant local content, and the production has successfully achieved its part of the obligation throughout the past 2 years. Durban Gen first aired in October 2020,” read the statement.

Things have been south lately for the show. Several actors have been leaving which raised more questions about the future of the show. Viewers also had to say goodbye to Dr. Ndabezinhle Luthili played by Lerato Nxumalo. Announcing her exit the actres said she will never forget the human qualities Dr. Luthuli possessed.

“Although I’m leaving I’ll never forget the human qualities Ndabezinhle has taught me, that it’s okay to be vulnerable, kind, compassionate, and flawed. To my colleagues thank you for being crazy, yall made every day on set so much fun. I’m sorry for bullying yall into making Tiktoks with me.” She expressed her gratitude to the show, her colleagues and friends for the journey, for giving her the opportunity,” she wrote on Instagram