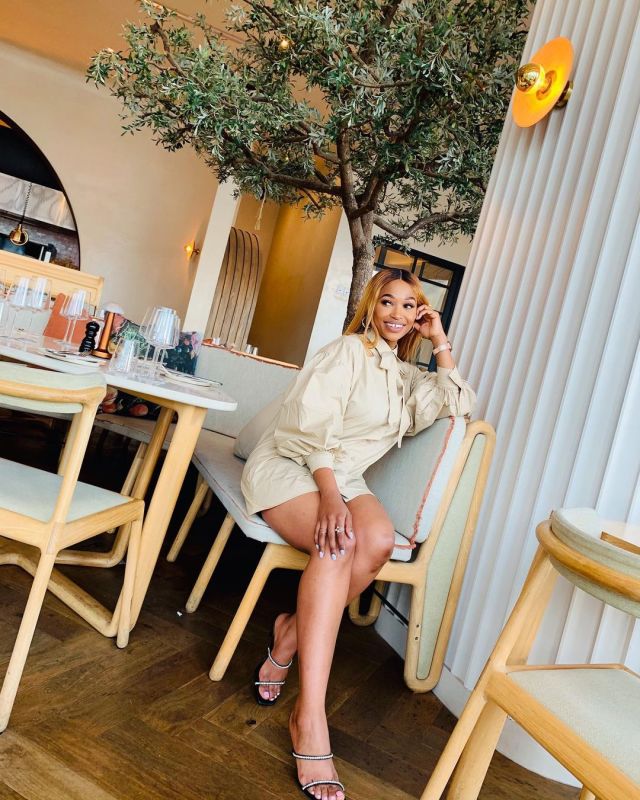 Actress Zola Nombona is excited about scoring her first role in a telenovela.

Zola has joined BET’s Isono, where she plays Zoleka Sigcawu.

The 29-year-old, who’s starred on shows such as Lockdown, Single Galz, Forced Love and eHostela, was over the moon about finally being on a telenovela.

Speaking about working on Isono, Zola said it’s different for her and she’s loving it.

“I normally work on short productions with a few episodes, so this is my first time in such an environment. It’s been a very interesting ride and I’m enjoying it.

“I feel fortunate and blessed to be able to tap into these different types of mediums when it comes to acting, whether it’s theatre or a location-based series or telenovela.”

Talking about her character, Zola said people will love her!
“Zoleka is a very strong, confident woman who’s in the sports fraternity.

“As everyone knows, Makwande used to play soccer and Zoleka will meet him and fall in love. They meet and hit it off.”

She said playing Zoleka was challenging as she’s nothing like the characters she’s played before.

“I started filming with Isono last year and it’s been absolutely amazing. It’s been a great change for me as an actor,” she said.

“I’m used to being the damsel in distress, and here I’m strong. So I’m quite excited for people to see my performance.”

She said people should expect drama.