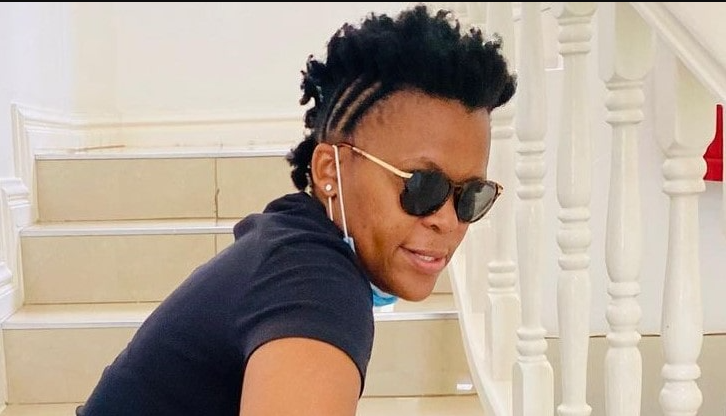 Zodwa Wabantu is excited that she can finally be able to do what she does best and that is to shake what her mama gave her. We call her many things because she has tapped into other professions such as, entrepreneurship, reality TV and influencing, but what Zodwa is mostly known for is dancing on top of tables wearing close to nothing. That’s the Zodwa many have grown to love.

With the ban being lifted, Zodwa can finally get back to her real money maker – exotic dancing. Although the country is still under adjusted level 3 lockdown, the president announced on Monday that some restrictions would be eased, including restrictions on entertainment.

Taking to social media, Zodwa revealed that she would now be able to take bookings to perform at various venues.

Before restrictions were announced, Zodwa had tried to make a living by going into the poultry business. She sold livestock as well as eggs and it proved to be a lucrative business. Zodwa’s poultry business is called ‘Zodwa Wabantu Eggs’ and they come in a tray of 30 eggs.

She was doing very well in that business as she has been receiving some support from prominent people. First it was songstress Kelly Khumalo who purchased two chickens, a male and a female. Then other fellow famous women followed suite with Ntando Duma buying 4 trays of Zodwa Wabantu Eggs, Dineo Ranaka purchased 5 trays of her eggs.

Nomcebo Zikode also made her purchase of 2 trays. Her big purchase however comes from TT Mbha who bought 10 trays! “TT Mbha, thank you so much. You’ve supported everything I do. Ngiyabonga kakhulu (Thank you so much). Your business too, Mzansi Cribs,” said Zodwa.

Taking to her Instagram, Zodwa detailed the realities of being a small business owner. Currently the business is running from her newly purchased Johannesburg home with a single bookkeeper. Additionally, on the journey towards eventually making the eggs available at supermarkets, Zodwa is only working on deliveries for now.

“Thank you so much for Orders & Payments Highest Order from a Woman paid just now R3000 Ngiyabonga kakhulu. The Phone is Ringing one Way.”

Zodwa is also looking for a man and she means business, “I need a Man @dailysunsa Mina Ngikhathele Shame (I am tired). As Women our private relationships are always for public consumption. Failed Relationship 2. I don’t want a man that is for everyone, I want a man for myself.”

“If there is a rich man out there for me, God please make me someone’s wife. I have not slept with many men here in Johannesburg, I have only slept with one man and that was last year,” said the dancer.