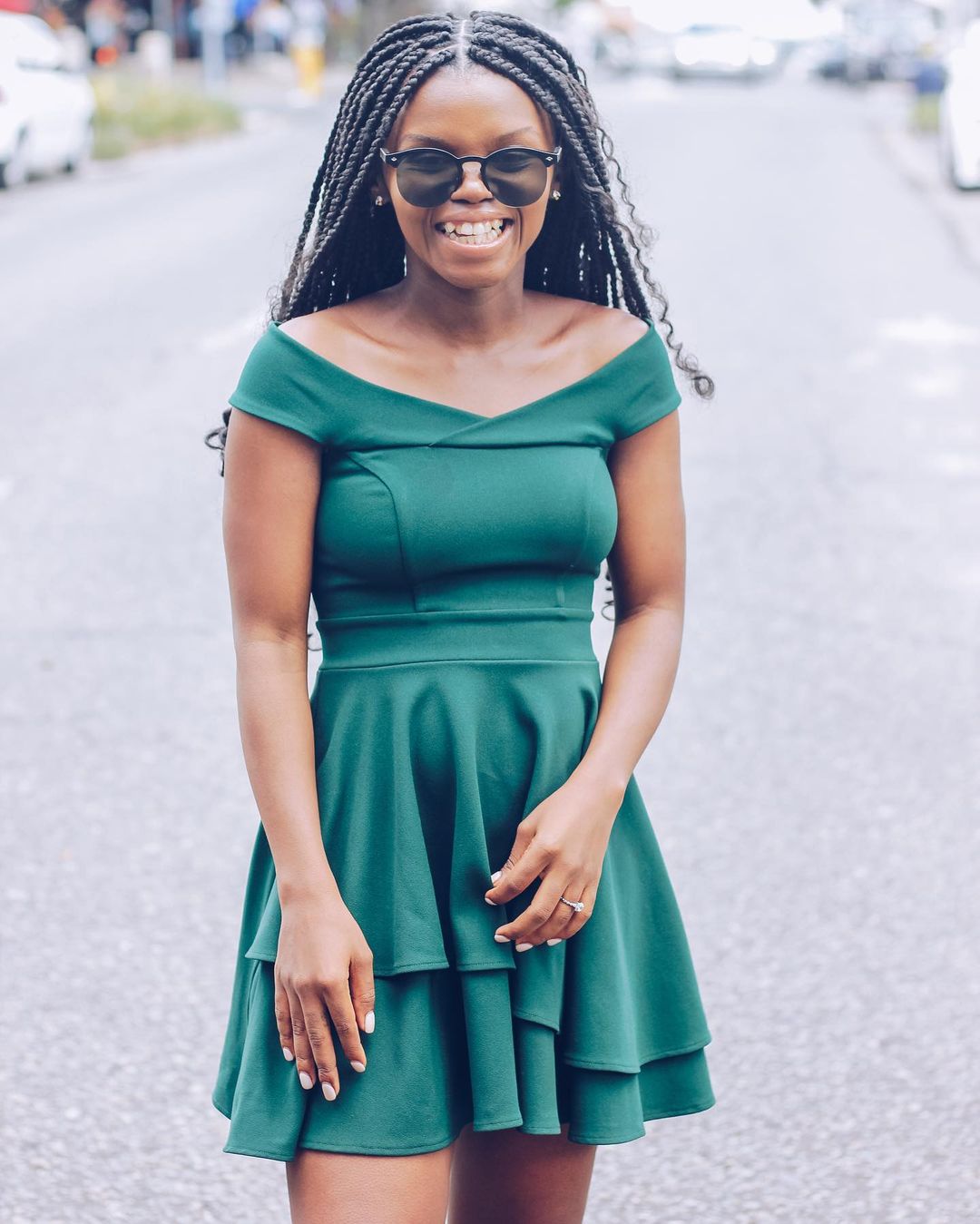 It’s been a few years since Zethembiso “Zethe” Mdletshe was announced as the first ever Vodacom next level winner, bagging her R1-million worth of prizes that she’s since used to establish her career.

While she has been working on her career, Zethe’s personal life has also been flourishing. She recently got married to the love of her life and now she has just given birth to her first child.

The singer took to her Instagram to show off pictures of her baby bump.

Being as private as she is, she went through jer pregnancy secretly now she is already working on her post baby body.

In as much as Zethe’s stardom might be built on her Vodacom next level win, the 27-year-old is adamant that she is ready to be infamous for the work that she has been putting in as an artist.

She said she doesn’t want to be at 29 and be recognised’s as ‘Zethe Vodacom Next Level winner’.

“I want to be like ‘Zethe, the one who has this album, and this album’… Even with them [Vodacom], they want me to stand on my own… So I’m very happy that we on the same page.”

Zethe’s rise to the top is nothing short of a testimony to those that might grow inspired by it while watching.

The show gave the musician a taste of what the real world would be like if she were to gain the public’s attention as an artist.

“The reason why I thought I wouldn’t win is because, from the very first episode to the ninth episode I was in the bottom, I was never on top…” She added that it’s not that she sucked.

“It was so painful for me because I was the only one in the competition that studied music… And by the time I was starting to catch up, it was too late…The week before my dad passed away, so obviously, on the last episode I just didn’t care, when they were gonna announce the winner, I sang my heart out… for me it was like ‘wow, what a great journey and I just wanna finish this and go home and grieve…’ only to find that I actually won the thing, so it was the sixty-percent votes that took me up from the bottom…”

Zethe explained that she came straight from school and was getting into the industry. “And I feel like I was so fortunate to jump into that hard phase before eating of the nice fruits…

“I do Afro Jazz and it’s no secret that the public generally likes bubble-gum music like pop music, like commercial music… And for me to try and not lose myself… At the same time try and adapt with what’s going on.”

She said it was hard. “They would say that I’m off key.” It was so bad that they would even critic the way she looks. “People said I’m too dark, and I’m just like ‘Oh, ok…’ But I’m glad that at the end it all just came together.”

Recommended: Meet your Vodacom Nxt Lvl winner Zethe
Regardless of what some trolls might have said or questioned Zethe about, she is still striding strong and proud of the woman she has become today – a woman who knows who she is and empowers other women to live in their pride, and she has embedded it all within her music for the message to engage with the masses.

“I’ve always known that I want to be this person who’s proud of who they are, proud of being a woman, proud of being African…find a way to bring newness to it…right now in South Africa…it’s just a great time for women…grab while it’s still really boiling and its so great to be proud…there’s a lot of ‘the first women’ now…I was able to find Afrocentric, yet still new, futuristic…

“I was trying so hard not to box myself, I don’t want to find myself walking around in beads the whole time…I’m always careful with how I brand myself because I want to attract the right brands…My dad had an unintentional influence… It was his character…I have all these boyish tendencies because of the way he groomed me.”

During the competition, Zethe’s father had passed away, and while she had to perform a week after his burial, she dedicated her last performance to him, as a token of appreciation.

“… Before the performance, I had a chat with Danny K backstage, and he was like: ‘Yo dude, I heard about your dad, he told me a story about his brother, his brother also passed away before a tour he did, so it was just a small five minute chat he had with me and I also realized how as much as I was so angry, that I didn’t include my dad, I had forgiven him for everything but I had decided that I’m not gonna invite him to any of my gigs…even when I was on tv he didn’t call once…after his funeral I realised that I had my fair share of closing him out… I should’ve not given up…so it [my last performance] was like a ‘thank you’.”

Although Zethe says there’s nothing that makes her happier than performing and making music, she is also trying to explore different parts of the industry by using the digital space to hone her skills in front of the camera, with the hopes of using her YouTube channel to propel her career onto different platforms as a media personality as well.

While Zethe is still in hot pursuit of a big break on television and radio, she continues to do what she not only knows best, but loves even more – music, and she is set to launch yet another an amazing summer single on the 30th of November this year.