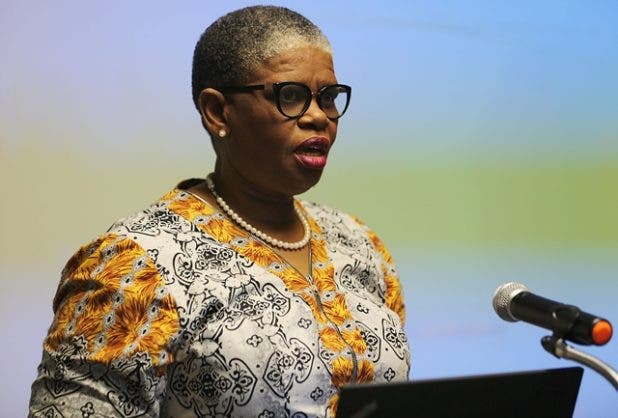 The ANC in KwaZulu-Natal on Tuesday confirmed that 12 members of the party affected by its step-aside resolution, including former eThekwini mayor Zandile Gumede, have taken a break from their positions in the party.

ANC KZN secretary Mdumiseni Ntuli confirmed this at a press briefing by the provincial executive committee (PEC) which met on Monday.

Ntuli said Gumede and the other ANC members had agreed to abide by the contentious step aside resolution which requires all ANC members charged criminally to step down, pending the finalisation of their cases.

“As I had expected, she has warmly welcomed the decision of the ANC and accepted it without any difficulties,” he said.

Ntuli said the provincial leadership had met with “almost all” ANC members affected by the resolution and that only four councillors remained.

He said the party members would not be allowed to take part in ANC activities and meetings during this period.

“If you’re in any of the legislative bodies, whether in Parliament or in council, the first condition is that you must resign from any additional responsibilities allocated to you by virtue of being a member of the legislature or council,” Ntuli said.

However, Ntuli said the affected members could still be nominated for leadership positions within the party.

“There has not been a decision effectively to that direction… in the event where they’re nominated by some of our branches, we can’t stop that process,” he said.

This means Gumede could be re-elected as the ANC chairperson in eThekwini at the regional conference in June.

The ANC’s national executive committee (NEC), the party’s highest decision-making body in between conferences, in March adopted its step aside resolution.

So far, ANC deputy KZN chairperson Mike Mabuyakhulu has abided by the resolution. He faces fraud‚ corruption and money laundering charges in the Durban Commercial Crime Court in connection with a failed R28 million jazz festival.

On the other hand, ANC secretary-general Ace Magashule has taken the party to court for suspending him after he failed to abide by the resolution.

Magashule faces corruption charges in the Free State and wants the high court in Johannesburg to overturn his suspension.

He also wants the court to confirm his attempted suspension of President Cyril Ramaphosa. The ANC said Magashule had no authority or mandate from any of the party’s structures to suspend Ramaphosa.