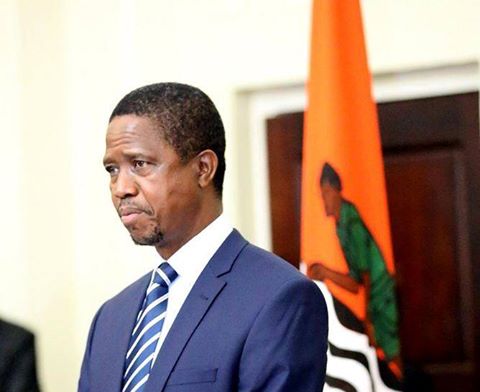 Zambia’s President Edgar Lungu will seek to fend off a perennial opposition challenger in a vote on Thursday that may be decided by frustrated young voters amid economic turmoil and a pending bailout for one of Africa’s most indebted nations. Investors are closely watching the Aug. 12 vote in the major copper producer which had the continent’s first pandemic-era sovereign default in November.

International Monetary Fund (IMF) support, already broadly agreed, is on hold until after the vote. So too is debt restructuring seen as an early test of a new global plan to ease poor countries’ burden.

In power since 2015, 64-year-old Lungu faces a potentially tight contest against Hakainde Hichilema – known as “HH” – a businessman who has criticised the incumbent’s economic management. While Hichilema has shown a desire to tackle the debt problems and engage with investors, Lungu’s Patriotic Front (PF) for years sought to avoid an IMF programme, noted Christian Libralato, emerging markets portfolio manager at BlueBay Asset Management.

“Investors may see a potentially clearer path to an IMF programme and a debt restructuring under HH,” said Libralato, whose firm holds Zambia’s defaulted bonds.

Zambia owes in excess of $12 billion to external creditors and spends 30%-40% of its revenues just meeting the interest payments on its debt, credit rating firm S&P Global estimates. Its debt-to-GDP ratio was near 120% last year, one of the highest in emerging markets and probably double the level considered to be manageable.
Zambia said in May it had reached a broad agreement with the IMF on macroeconomic and fiscal targets and policy issues during talks to secure lending, setting the stage for what investors hope will be a post-election deal.

Zambia’s electoral commission in May announced a ban on campaign rallies to curb the spread of COVID-19. But both the PF and Hichilema’s United Party for National Development have held gatherings on the pretext of distributing face masks. The IMF expects the economy to be among the weakest in Africa this year, with GDP set to grow just 0.6% after a 3.5% contraction last year.

A win for Hichilema, seen as a market-friendly candidate, could trigger a relief rally for Zambian assets, said Kevin Daly at Aberdeen Standard Investments, a member of the Zambia External Bondholder Committee, which represents holders of Zambia’s eurobonds.