Zahara opens up on her liver disease, pain of her sister and brother deaths through a new song

Zahara opens up on her liver disease, pain of her sister and brother deaths through a new song 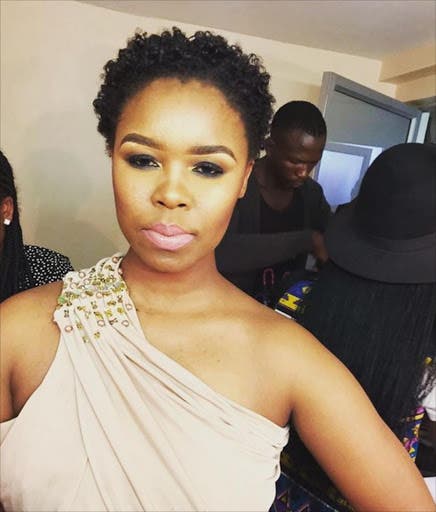 “Nyamezela” means “to endure or perservere” and Zahara’s new song honours the Sama award-winning songstress’s vow to herself that she will endure hardships until she experiences a world she is delighted to be a part of.

“It is my heartfelt declaration that I’m going to endure until I see a new world, one where people are filled with love and one that hopefully brings me back to the path of my destiny. I hope it does the same to everybody listening,” Bulelwa “Zahara” Mkutukana told Music in Africa Magazine.

The 32-year-old musician has been forced to confront many hardships, including the tragic loss of her older sister, Nomonde Mkutukana, who died in a car accident in March; the death of her younger brother, Mbuyiseli Mkutukana, who was caught in a crossfire between rival gangs in 2014 and her own struggle with liver disease.

Nyamezela deals with Zahara’s struggle to persevere while dealing with immense pain and loss. By telling her story through her music, Zahara hopes to spread the message to those who are also dealing with similar hardships.

With her new single, the afro-soul singer showcases her non-traditional take on worship music which she cites as the main influence on the sound of Nyamezela.

The single was recorded by producer Mojalefa Thebe, who has worked with Zahara since her debut album, Loliwe, in 2011.

Her fifth studio album, Nqaba Yam, is set for release in June and follows the same theme as Nyamezela. In her interview with Music in Africa, Zahara explained that “nqaba yam” refers to an object which one uses as one’s pillar of strength.

According to her, Nqaba Yam will also showcase her afro-pop and kwaito influences.