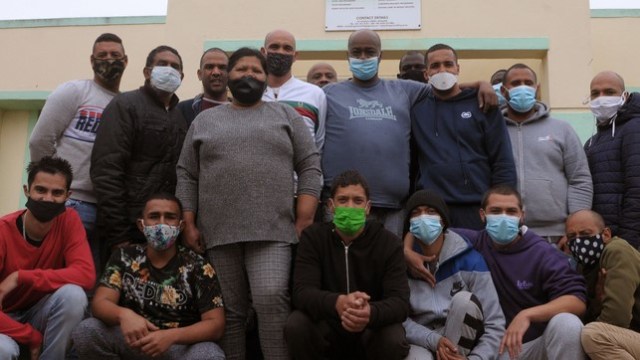 Shaleen Surtie-Richards was laid to rest today and while friends, family and fans mourn her passing, there is a group of young men in Athlone who have lost a mentor and a mother figure.

Surtie-Richards was goodwill ambassador at the Choice Rehabilitation Centre in Athlone, which is operated and managed by her best friend Rif’at Brouwers.

More than a decade ago she accepted the role of ambassador and mentor for the young men that Brouwers took into his care and helped on their road to recovery.

The young men, majority of them from the Cape Flats, would move into the Choice Rehab which is also Brouwers’s home that he converted for that purpose. He is a surrogate dad for those in his care and over the years, Shaleen became a surrogate mother.

The night she was bestowed the ambassadorship of the Choice Rehab, a support meeting was arranged and recovering addicts, their parents and the community members were invited to the gathering.

Brouwers said: “The house was full and everyone was busy and running around. Shaleen was sitting next to me and she knew that she was going to be presented with her award as a goodwill ambassador. The next minute she asks me: ’Waar is die addicts, when are they coming in?’”

He added: “I said ‘here they all sitting’ and Shaleen was so shocked she screamed across the room for all to hear: ’Moenie k#k praat nie!’ This is how Surtie-Richards started her journey with Choice Rehab – she never saw the recovering addicts as any different from herself or anyone else.”