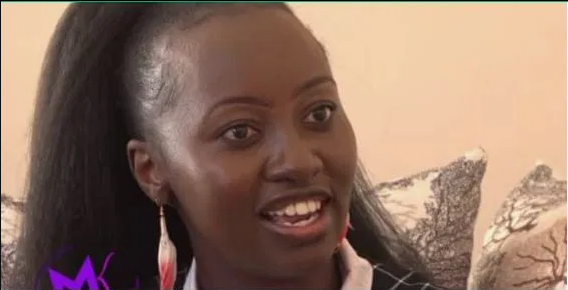 A 28 year old lady has been judged by several people for marrying a 60-year-old grandpa.

The lady named Ciru Njuguna and her husband met back when she was just 20 years old.

According to her, she made the first move towards her husband who she ,et on Facebook and later went on a coffee date.

Their friendship grew into a romantic relationship and the rest, as they say, is history.

Many felt the age difference was too much and the fact she is still 2 years away from being 30, she is too small to date him let alone marry.

The young woman who hails from Lanet, Nakuru is 32 years younger than the man of her dreams.

Ciru does not seem to mind the gap but society judges her every minute of every day.

She said: “We have an age difference of 32 years. People always have an issue with our ages. We met on Facebook.”

The 28-year-old whose husband is German explained that he was the first old man she had ever been involved with.

It was uncharted territory but at the end, it turned out to be all she had ever hoped for.

The most peculiar thing about their relationship is that the lady’s husband is three years older than her father.

Despite that, this does not shake her and Ciru has promised to love her bae for better or for worse.