You can’t force me to respect you! – Prince Kaybee lashes out at Black Coffee

You can’t force me to respect you! – Prince Kaybee lashes out at Black Coffee 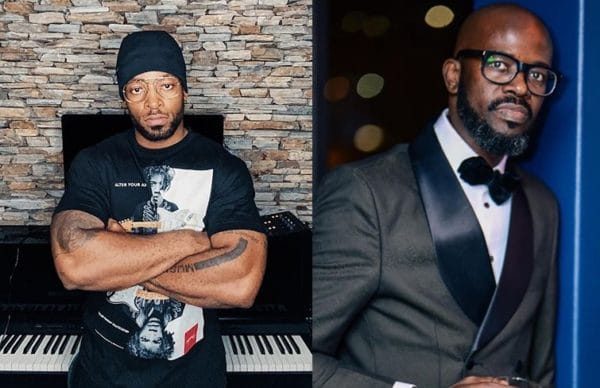 Since the twar between Prince Kaybee and DJ Black Coffee shook social media, things have never been the same. The hostility between the two is very much evident and Prince Kaybee clarified things in an interview with Everything SA Music

Society has drilled it in our heads that respect for everyone is a must however for Prince Kaybee, he would love to give respect to people who earned it. Black Coffee is known as Grootman in the industry because of his longevity and his success. His music is timeless, but his latest sound opens the floor to a healthy debate. But that’s a topic for another day.

Speaking to the musical podcast, Prince says he acknowledges Coffee as an OG in the game, seeing how they are in the same genre, but he will not respect him as a person who started way before he did.

He clarified that his feelings towards Coffee do not in any way take away the massive contribution he has made in the industry. He just feels as though Black Coffee has not done anything big to make him or anyone else respect him. The title itself as an ‘OG’ is not enough.

“I’ve got this thing about me … apparently it’s being arrogant. I really need you to earn my respect, from a very personal point. Respect and recognition are two different things. I can recognise you as the world’s number one DJ but you can’t force me to respect you. Respect is personal…but what have you shown me to respect you,” Kaybee said.

He said many people view him as a God, but he does not, “I don’t see him as a God because there is no reason to do that. Other people do that. Also I don’t think Black Coffee has a dope catalogue creatively. As a producer and musician, he does not have a great catalogue.”

A simple tweet gave birth to a beef that could have grown to something big musically. Prince said, “The problem is that celebrities fall for the same trap all the time, ‘the urge to sound wise’. You watch a few YouTube videos, you (sic) wanna sound intelligent. Carry on, you will meet your maker.”
Coffee came at him sideways and commented with “are you a celebrity,” to which Prince defended himself and said, “I see myself more as a servant of the people. If people wish to call me a celebrity or celebrate me it’s a blessing. I’m an artist and creator first. I don’t care much about the definitions of the industry because I know who and what I am.”

Watch the clip from the interview below: