You believe what Zodwa WaBantu said to Reason

You believe what Zodwa WaBantu said to Reason 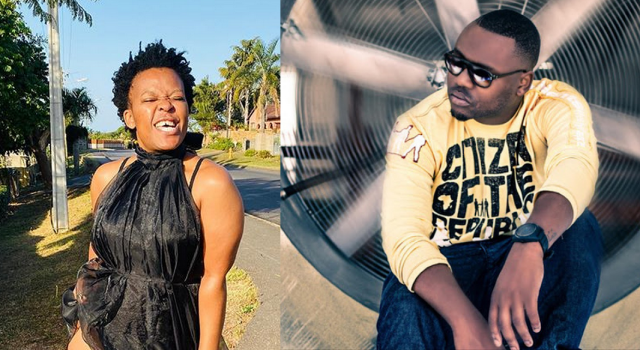 Reason recently took to IG to open up about a life-changing encounter with socialite Zodwa wa Bantu. This comes after a few people in his circle came to him and advised him to be careful of how he moves.

The rapper revealed that he bumped into Zodwa wa Bantu at a party and that’s where he received this great advice.

“But anyway I bump into Zodwa wa Bantu at DBN Gogo’s party. You know, she arrives, she chilled. I did some snaps, made fun of her, she made fun of me and we laughed. And then we partied and somewhere along the lines Zodwa turns to me and she’s like ‘you know I’m really happy for you.’ And I’m like what do you mean, she’s like ‘I’m really happy that you are doing you.” Said the musician.

“The one day you’ve got blond hair; the next day you’ve got pink hair now you are here with the Amapiano bruv’s next thing you are with Tira. You are just living your life and you are happy. I’m happy to see you doing you. She goes on to say she’s always known me this serious person, this careful guy and now I’m just doing me, and she said you should be grateful because people out there aren’t doing them.”

Before ending off his video, he had a few words for those who talk behind his back. “It hit home because she is right. Whoever it was that was talking about me was actually talking about me doing me. And there’s nothing that I can do about that.

“I have a lot of low moments, definitely, I’m a human being. I have a lot of bad situations that get myself into that I have to get myself out of and so does every human, But, I’m doing me and she was right. I’m happy doing me.”