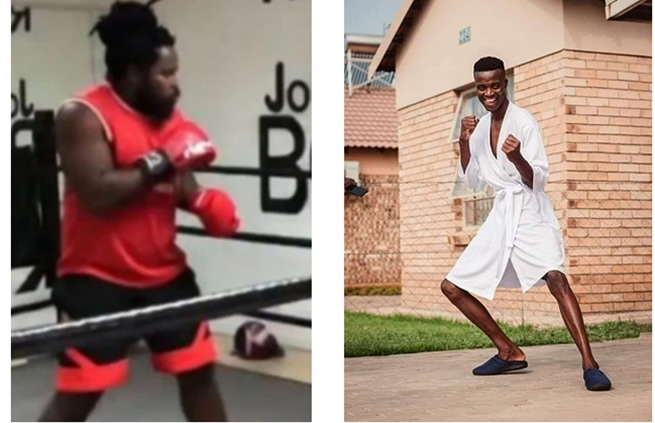 AL Ahly coach Pitso Mosimane might be a staunch football man but there’s more to him than the beautiful game.

And the former Mamelodi Sundowns mentor is never shy to show his interests outside football.

He recently indicated that he will be keeping a close eye on the proposed boxing match between musicians Big Zulu and King Monada.

The musos have been sharing their respective training videos as they prepare for their alleged boxing fight.

Mosimane seems to be intrigued by the prospect of a boxing match between the two celebrities.

He has even offered to hand out one of his trophies to the winner between Big Zulu and King Monada.

The Red Devils coach, who has won just about every trophy available to him, did not specify which one he would be giving to the winner of the said fight.

“Is it a Thrilla in Manila or Rumble in the Jungle?” asked Mosimane on Twitter.

“Which tv channel is it going to be flighted on (it deserves a pay per view)? U Big Zulu unenkani! And King Monada apply Floyd Mayweather tactics. I donate one trophy from my cabinet to the winner.”