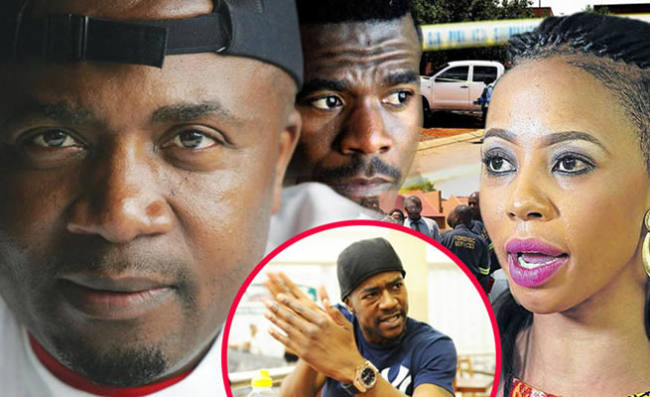 Fresh allegations of police brutality and misconduct overshadow longstanding case of the murder of footballing hero.

Seven police officers allegedly kidnapped and assaulted three female complainants in what has been referred to as a desperate scheme to boost the chances of a successful prosecution in the Senzo Meyiwa murder case.The unidentified officers, who were wearing plain clothes, are accused of unlawfully using force and intimidation to try to revive an old criminal case against one of the five men arrested for the 2014 killing of the Orlando Pirates and Bafana Bafana goalkeeper.

The murder trial is due to start on October 25.

According to individuals with knowledge of the case, the officers came looking for Ntombenhle Ndaba, who once dated Muzikawukhalelwa Sibiya, one of the suspects. In 2017, Sibiya allegedly shot Ndaba in a fit of rage, but she survived.

Both families subsequently resolved the matter through mediation by local leaders at the Basuthwini Hostel in Vosloorus, and criminal charges were never laid.

We have learnt that following Sibiya and others’ arrest for Meyiwa’s murder last October, police then learnt about the shooting incident and pursued an attempted murder case without Ndaba’s knowledge and consent as the alleged victim.

Ndaba was allegedly in hiding because she refused to become a witness in the attempted murder case.

On the night of May 19, the officers, escorted by two Ekurhuleni Metro Police Department (EMPD) officers in unmarked vehicles, came looking for Ndaba and did not find her. They allegedly accused Ndaba’s three cousins of hiding her, and the dispute led to the kidnapping and assault case opened last week at Vosloorus Police Station.

The three female complainants aged between 28 and 37 – whose names cannot be published for their safety – alleged that they were taken against their will from their home in Vosloorus and driven to a dark place with water near Pretoria, where their faces were covered with plastic bags and they were assaulted. The metro officers had left long before the incident.

According to the docket, the complainants could faintly hear the names “Mogole” and “TK” when the assailants were talking among themselves, Celebgossip has has learnt.

They were allegedly speaking Zulu, but the complainants could also hear either Pedi- or Sotho-speakers.

The complainants were allegedly held the by the seven police officers from about 10pm and were dropped off back home at about 5am the following day.

The kidnapping and assault case has deepened speculation that police do not have a strong case against the five suspects who were arrested last year for Meyiwa’s murder, and that the real culprits are still free.

Individuals with intimate information about the Meyiwa investigation suggested that the pursuing of Sibiya’s 2017attempted murder case was possibly a ploy to force him to confess to being involved in Meyiwa’s killing, which all five suspects have denied.

Meyiwa was gunned down on October 26 2014 at the family home of musician Kelly Khumalo, who was his girlfriend, in Vosloorus.

The police only made arrests six years later, after what had been an embarrassing public relations nightmare for the authorities.

Public frustration was further fuelled by the stalling of the case, despite the fact that there were several people in the house who witnessed the murder of the footballer.

Late last year, Sibiya appeared before court for the shooting incident. He also had another attempted murder charge against him, though the details of this are sketchy.

On Wednesday, he appeared in the Tembisa Magistrates’ Court on charges of drug dealing. The case was postponed to June 11.

On Friday, SA Police Service (SAPS) national spokesperson Brigadier Vish Naidoo confirmed that a case of kidnapping and assault had been opened at Vosloorus Police Station. “We cannot confirm at this stage who the assailants are, but this matter is being investigated,” Naidoo said.

“With regards to the 2017case in which Ndaba was the victim, it has been on the court roll since last year,” he said.

On Friday, EMPD spokesperson Thabiso Makgato referred queries over what she knew as the “kidnapping case” to the Johannesburg Metro Police Department.

We cannot confirm at this stage who the assailants are, but this matter is being investigated
Brigadier Vish Naidoo

Her Johannesburg counterpart, Wayne Minnaar, said it was doubtful that his officers would breach jurisdiction provisions, adding that police vehicles have trackers that send an alert when a vehicle has been driven outside of its jurisdiction.

Yesterday, Minnaar said there was no evidence linking his officers to the Vosloorus case, while Makgato said “the allegations could not be verified internally” on their side.

Last November, we reported that the “crack team” appointed by and reporting to Police Minister Bheki Cele to investigate Meyiwa’s murder was torn apart by bitter rivalries and allegations of back-stabbing, with two of the investigators accused of kidnapping and assaulting a key witness.

A member of the team was involved in laying criminal charges against his two colleagues – a colonel in the SAPS and a warrant officer in the Hawks – in February last year at Bhekithemba Police Station in Umlazi, KwaZulu-Natal.

Police insiders said that the accused had differences with their other two colleagues in terms of the line of investigation. They rejected the theory that Meyiwa was murdered during a robbery that went wrong and instead pursued an angle that the witnesses who were present at the murder scene were not entirely honest.