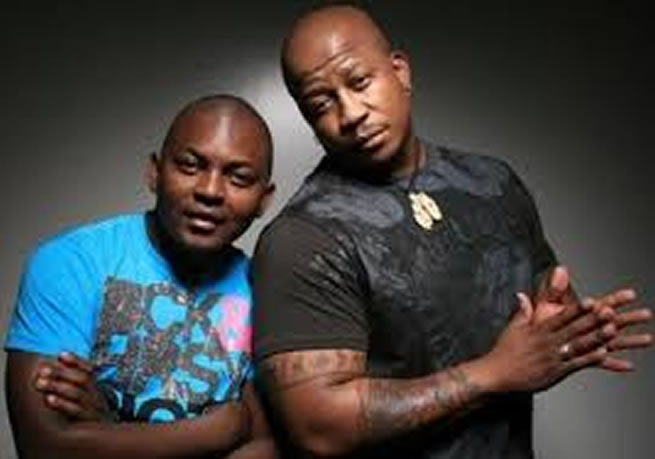 The musician might have to pay up after the alleged victim in the case, which was withdrawn in February, took him to court for his social media posts about her.

In January, Euphonik and DJ Fresh were named in a tweet by the Pretoria-based woman, who called herself “Nampree” on the public platform, as perpetrators in an alleged sexual assault that occurred 10 years ago.

The harmful statements were transmitted to and possibly read by 2 million of the first respondent’s current Twitter following.

In documents filed at the Johannesburg High Court, Euphonik is named as the first applicant and DJ Fresh as the second, with the alleged victim seeking R500 000 for defamation of her character.

“I seek protection from this honourable court for the ongoing harm I am suffering because of the harmful statements (defined below) in the form of interdictory relief against the first respondent in order to interdict and refrain the first respondent,” read the first part of the funding affidavit from the alleged victim.

“[They are] infringing my rights to dignity, freedom and security, as well as privacy.”

“[They are] making damaging comments to the media or through the media, concerning my name, my private life, my family, my reputation and/or the private and confidential details of the criminal case,” the founding affidavit read.

Euphonik did not answer his phone or respond to an SMS sent to him requesting comment.

The lawsuit has singled out Euphonik following social media posts he made, which allegedly referred to Nampree as a “liar”, an “extortionist” and as being “dishonest” regarding the rape allegations.

The star responded to a post by Nampree with these words: “LOL because being a liar, an extortionist, a scammer and falsely accusing people you’ve never met isn’t profitable, hey … get help.”

At the request of Nampree’s legal team, the post has been deleted.

In the court document, Nampree requests an apology from the radio head. Euphonik is also under fire for sharing Nampree’s contact details on his Twitter page, which has more than 1.8 million followers.

In a separate Twitter post in February, the property mogul shared a screenshot of a WhatsApp message purporting to be from Nampree apologising to the duo for the rape case.

They are saying she accused them of rape, so she is lying and has defamed them because the police never investigated.

However, Nampree stated in the court documents that the apology was not sent by her.

“The harmful statements were transmitted to and possibly read by 2 million of the first respondent’s current Twitter following. The harmful statement published and widely shared contained certain derogatory and defamatory statements regarding me. It is clear that the first respondent had the intention and proceeded to publicly disseminate the fake WhatsApp message by adding malicious context and his wholly unsubstantiated opinion.”

The ‘fake’ apology sparked outrage from gender-based violence activists and celebrities, leading to a march to the offices of Sunday World to retract an article based on the message that was allegedly fabricated by the star.

Celebgossip has also learnt that Euphonik and DJ Fresh are countersuing their alleged victim for defamation of character. The duo have filed court documents demanding R1 million from her.

“They are suing her for crimen injuria and defamation of character, and are demanding R1 million. They have filed, so we will wait for the process,” said Nampree’s legal representative, Brenda Madumase

“They are saying she accused them of rape, so she is lying and has defamed them because the police never investigated. Even the National Prosecuting Authority [NPA] decided not to prosecute, so, on that basis, they believed she was being dishonest.”

Both matters will be heard in court at a date that has not yet been confirmed.

The case of rape that was opened at the Sunnyside Police Station in January against the duo – who hosted different radio shows on Radio 947 at the time – was withdrawn in February.

In a police affidavit t, Nampree accused the duo of drugging her and then raping her.

She said the incident took place in June or July of 2011, when she was a second-year student at the University of Pretoria.

She alleged that she had been invited to an after-party hosted by Euphonik at a bed-and-breakfast venue, where she met him and DJ Fresh.

The matter was withdrawn by the NPA on the grounds of insufficient evidence.