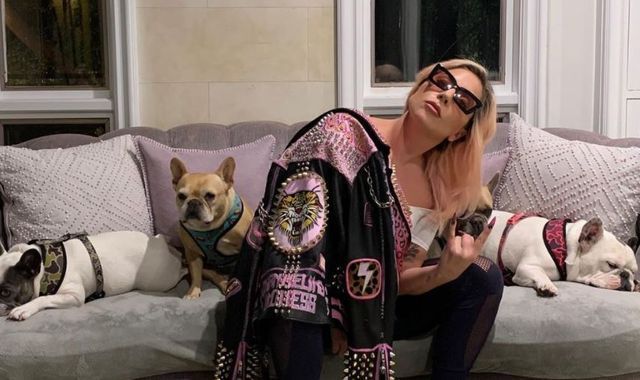 Lady Gaga’s dogs were found tied to a pole in an alley.

The “Shallow” hitmaker was left devastated when two of her French bulldogs – Koji and Gustavo – were stolen by thieves who attacked her dog walker, Ryan Fischer, this week, shooting him four times in the chest.

On Friday night, Gaga’s pooches were thankfully recovered when a woman brought them to Olympic Community Police Station, and it has now been confirmed the dogs were found tied to a pole in an alley several miles from where they were stolen in West Hollywood.

Law enforcement sources confirmed to TMZ the woman who returned the dogs is not connected to the incident, and was merely passing by when she noticed the canines tied up.

The publication reports the woman contacted the email address Gaga posted for those with information, and was told to take them to a nearby police station.

TMZ also claims the woman will be receiving the $500,000 reward which Gaga was offering for the safe return of her dogs.

Police are believed to still be searching for the two perpetrators of the violent theft, and are combing the area for surveillance video.

The theft occurred in West Hollywood on Wednesday night night, when 30-year-old Ryan was walking all three of Gaga’s dogs – including third French bulldog Miss Asia – and was attacked by two men.

Ryan was shot in the chest four times and was rushed to hospital, where he is currently said to be in a “stable” condition.

Gaga’s third dog, Miss Asia, fled the scene and was later recovered by police and returned to one of Gaga’s bodyguards.