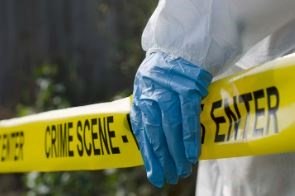 Police in KwaZulu-Natal are investigating a case of murder after a woman was stabbed in the parking lot of a shopping mall in Wood Road, Montclair, on Tuesday.

According to police spokesperson Captain Nqobile Gwala, a 33-year-old woman was stabbed by a “known suspect” around 12:30.

She sustained multiple stab wounds to the body.A 40-year-old man was arrested at the scene, Gwala said.

He was expected to appear in court soon.

In a statement on Tuesday, Rescue Care spokesperson Garrith Jamieson said: “Rescue Care Paramedics together with Blue Security arrived on the scene to find a doctor assisting the injured lady lying in the car park of a local mall. She had sustained multiple stab wounds to her upper body and was in a critical condition.”