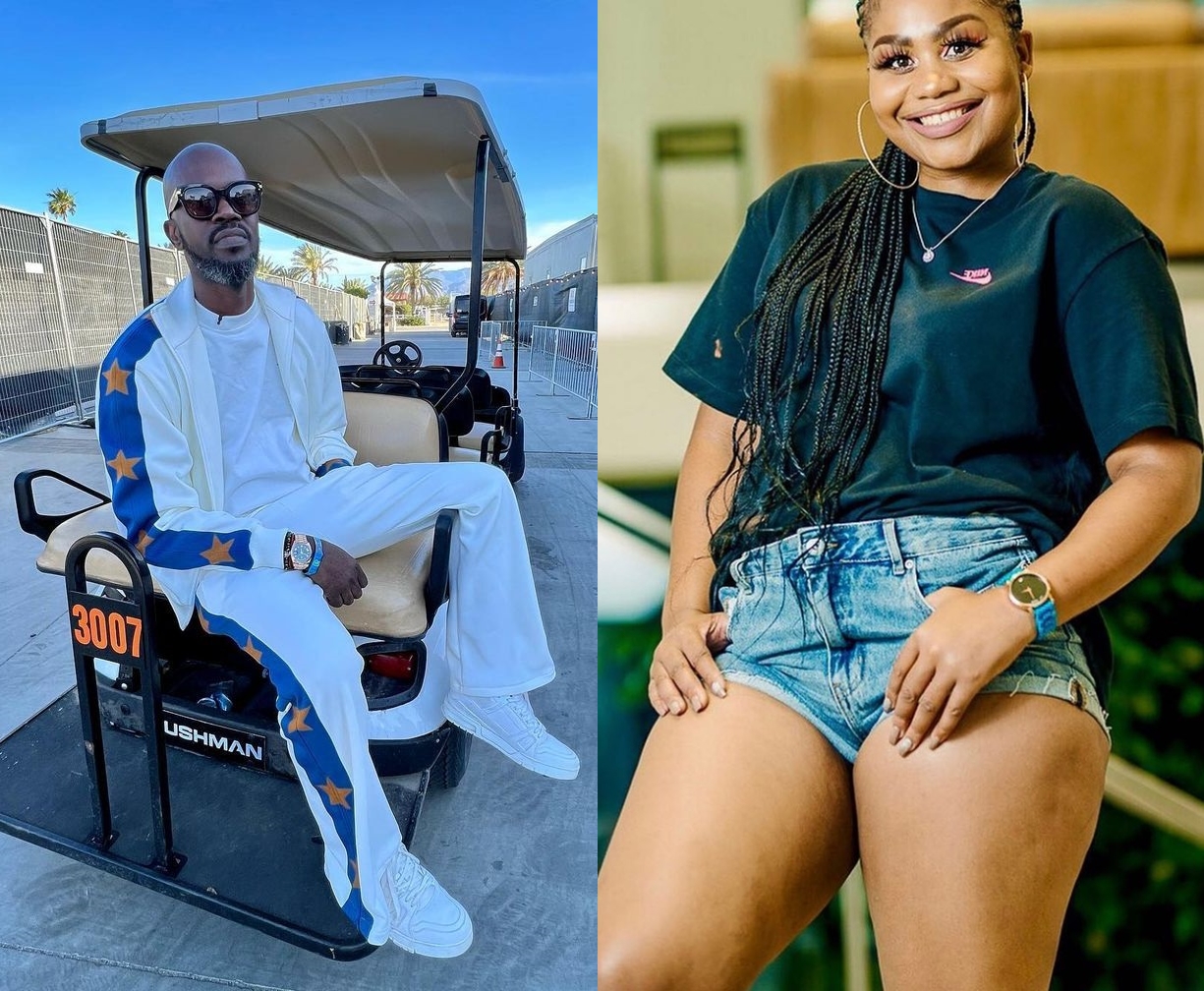 South Africa’s Grammy award-winning DJ, Black Coffee is the talk of the streets after a random Twitter user claimed that she used to be in a lousy s*xual relationship with him.

Taking to Twitter, a lady only identified as Lindokuhle @LindorHughes spilled the details about her sexual relationship with the famous DJ. 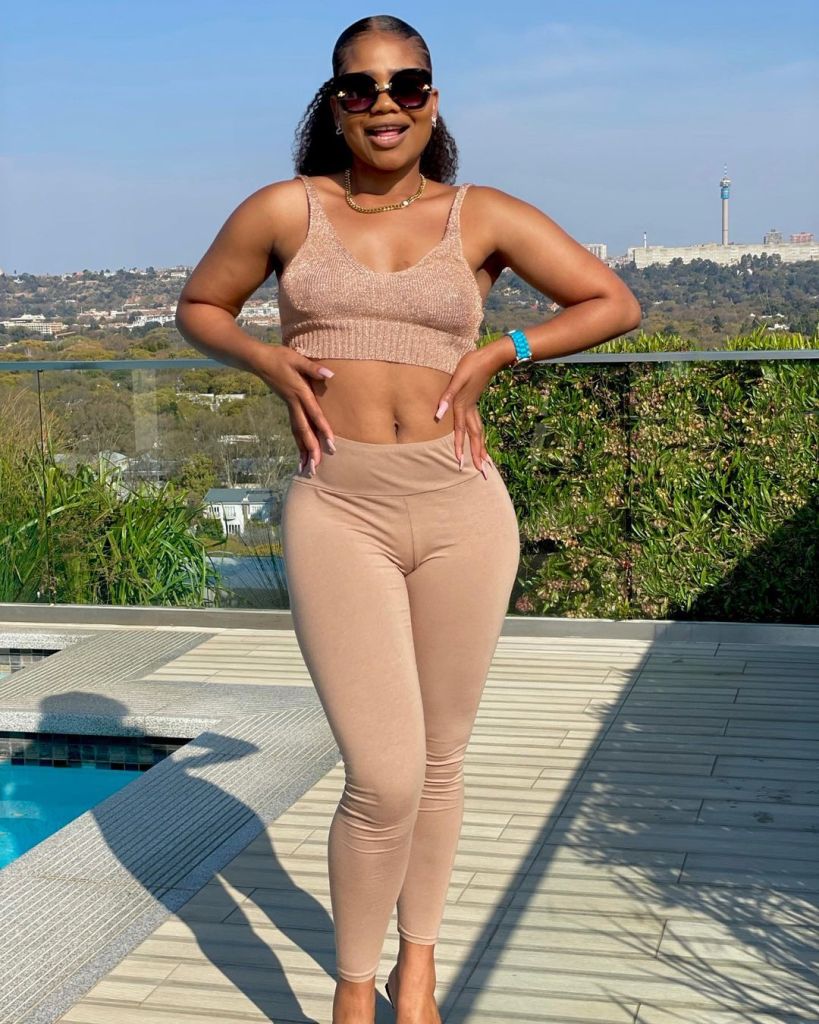 Lindokuhle mentioned that during their s.e.xually escapades she used to swallow Black Coffee’s sp*rms with the hope that she will get to be as wealthy as the DJ.
As if that wasn’t enough, she claims that Black Coffee celebrated the success of his album “Subconsciously” between her legs. 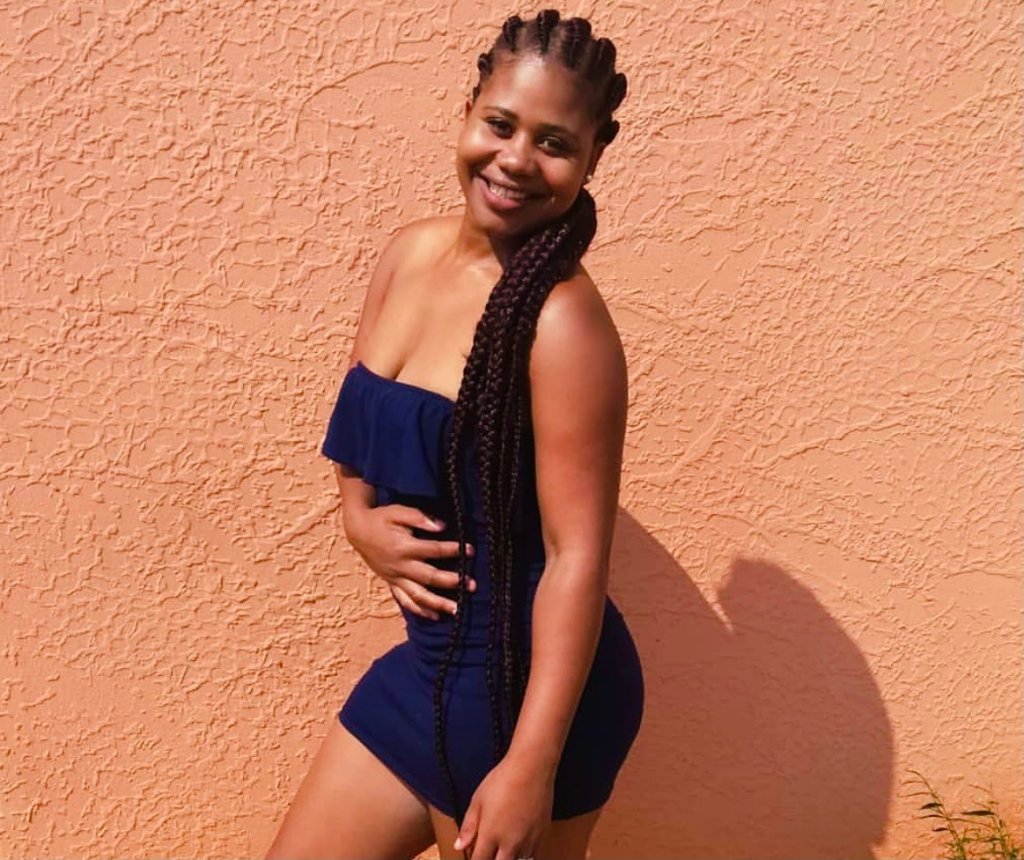 “To think that I once had a lousy relationship with @RealBlackCoffee and I used to swallow his sp*rm thinking I’ll be wealthy lol 😂😂🤣ow konje the SUBCONSCIOUSLY album was celebrated in between my legs😂,the funny part about this is; m still broke as’F 🙄 thanks bye!,” Lindokuhle revealed. 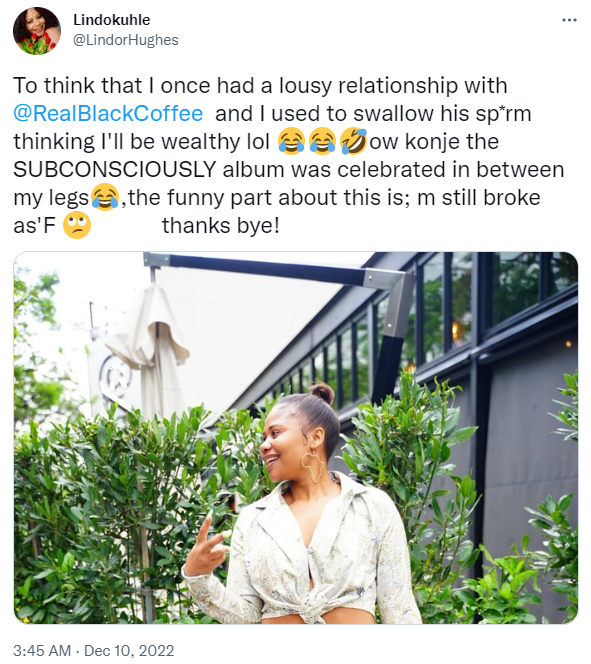 Lindokuhle bemoaned how she is still broke after being in a s*xual relationship with Black Coffee.

Following these claims, here is what a few tweeps had to say:

And their doing to dusty guys,mna m talking about a international DJ here a billionaire fethu ubuzothin if it was you

I needed someone who can make me swallow, I wanted to experiment nam pic.twitter.com/SVcgJ7fAp1