Wizkid and Tems’ Essence goes platinum in the US

Wizkid and Tems’ Essence goes platinum in the US 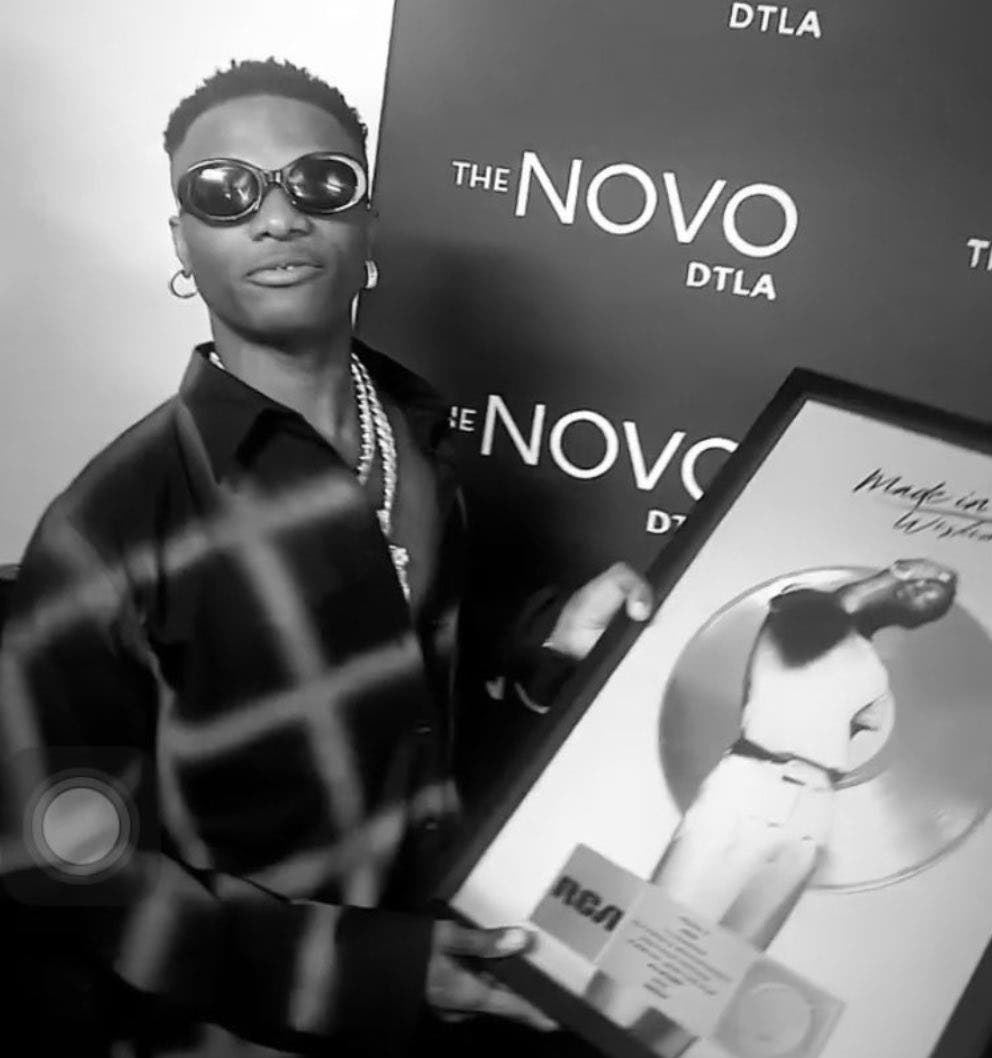 Nigeria’s Wizkid and Tems on Monday received plaques in the US for their international hit ‘Essence’, which was certified platinum by the Recording Industry Association of America.

The presentation followed Wizkid’s show at The Novo in Los Angeles as part of his Made in Lagos tour. The development comes weeks after the record attained gold status in the US for sales of more than 500 000 units.

The song is Wizkid’s second to be certified this year after 2017’s ‘Come Closer’ featuring Drake went gold and platinum in Australia and the UK in April.

While accepting the plaque, Wizkid said: “We have a platinum record and I just want to say thank you to everyone involved in this, from Tems to the producers Legendury Beatz. These are my brothers from way back. Thanks to the whole team for believing in the dreams from early [on]. To my fans, I appreciate you all and I pray God blesses all of you.”

To Tems, the ‘Ojuelegba’ hitmaker said: “This is your time and moment and the world needs to hear this because it is special to me.”

A sleeper hit, which is now widely deemed as the biggest track out of Nigeria this year, is off Wizkid’s 2020 album Made in Lagos. A remix of the track featuring Justin Bieber was released In August. In recent months, ‘Essence’ has enjoyed renewed global success, becoming the No 1 song in the US on Shazam and topping Billboard’s R&B/Hip-Hop Airplay chart in late 2020.

“That song has become emblematic of being back outside,” Def Jam Recordings chairman and CEO Tunji Balogun, who was responsible for signing Wizkid to RCA Records in 2016, told Billboard. “Then, a narrative on the internet started about the song being the song of the summer – and we took that energy and ran with it.”