Will Tumi Leave The River Tonight?

Will Tumi Leave The River Tonight? 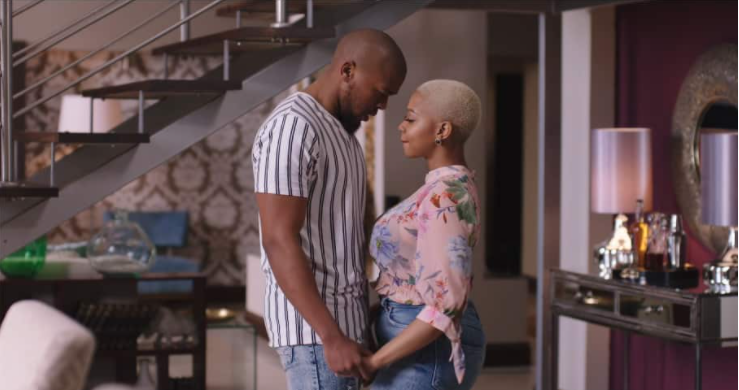 The River’s Larona Moagi hasn’t had an easy ride since she debuted on The River in season one. She’s been written and tweeted about more times for her questionable acting skills than her experience on set and her big break on the show. She’s been compared to her co-stars who play Dimpho, Zolani and actresses, Sindi Dlathu and Motshidi Motshegwa who have been praised for their exceptional acting.

Her questionable acting skills began on social media by fans who were unhappy about her delivery and portrayal of Tumi Mokoena and those conversations were fueled further when her on-screen mother, Motshidi Motshegwa got released from the show because the two didn’t get along.
This is what Motshegwa said about Larona’s acting:
”It was very difficult to work with Larona. We can’t cast people from Instagram, give them a huge role and not give them support.
I even said at the meeting with our producers that Larona is struggling because she is not an actress and has been given a huge role to play. This is a craft. It is a skill.”
Apparently, the drama got so intense between the actresses that Larona’s parents wanted to confront Moshidi themselves. Before Moshidi left The River, there were reports that the veteran actress used to shout at Larona for her bad acting.
There are now rumours that the actress is leaving the show as entertainment commentator, Phil Mphela tweeted a cryptic tweet a few days ago which read:
“TV: The River ends Season 3 with a shocker. Only 5 episodes left, then the popular telenovela wraps its 3rd season. One major character is leaving the show. No word if it’s a permanent or temporary exit. Who do you think it is? Keep watching #TheRiver1Magic.”
Here are the fans reactions:

“The River showing us Mbali’s brilliant monologue and acting is just making us more angry that we have to deal with Tumi instead.”
“It’s Larona Moagi she’s taking a break from the show.”
“I hope if she has free time she goes to acting classes asap she has potential but she just can’t express some of the emotions in front of the camera but wazama shem.”
“Lindiwe or Tumi. I hope it will be Tumi, her acting is very dissapointing, she doesn’t possess the artistic skill to be in character tumi.”
“Larona Moagi? I’d be so happy shame. I’ve tried so hard to be patient with her acting but gwa pala.”
The actress’s character, Tumi is also not mentioned on the teasers for the entire month of February. Season 4 begins on Monday the 8th of February.
The teasers for Monday and Tuesday read:
Monday 8 February 2021
Episode 1
Season 4 premiere!
No Heir
Mabutho has everyone freaked out as he refuses to accept reality, while Lindiwe seems to be going through her own ordeal.

Lindiwe tries to confront what happened but she ends up digging her grave deeper.

Analysing the teasers:
The heading “No heir” means that Lindiwe has no one left to inherit some or all of her estate when she dies, since Mbali is dead and Tumi might temporarily or permanently leave the show, with the exception of Andile, her son.
The second heading “Twice cursed” means that Lindiwe is going through a second loss…She lost Mbali and might leave Tumi if she’s indeed leaving the show.