When I grow up I want to be Julius Malema; Pupil suspended for wearing EFF regalia to school

When I grow up I want to be Julius Malema; Pupil suspended for wearing EFF regalia to school 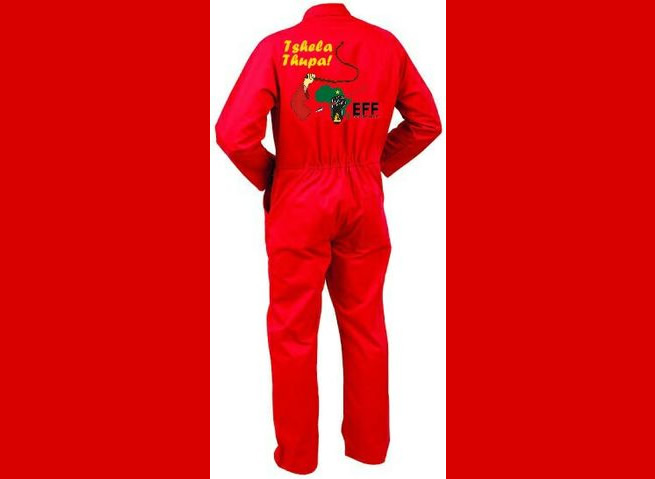 The pupil seen in a video supposedly being manhandled by security guards at a Centurion school “for wearing Economic Freedom Fighters’ (EFF) regalia” has a history of defiance and was under suspension on the day, the Gauteng department of education said.

Reacting to reports shared on social media that a Hoërskool Uitsig pupil was barred from entering the school because he was clad in the party’s regalia, the department said this was not the case.

On the day, the school launched its academic week and pupils were required to wear clothing depicting their desired careers.

The video shared on social media and retweeted by EFF leader Julius Malema showed a pupil being grabbed by a white security guard. The pupil, clad in a red beret, black T-shirt and red jacket, shouts “look what they are doing”.

Another pupil is also heard shouting “racists” while the white security guard tries to stop him.

Mabona said: “The pupil in question has a history of defiance and disregard for the school’s discipline system and the code of conduct. He currently has more than 800 demerit points and awaits a formal school governing body disciplinary hearing.”

“The event took place during a period where said pupil was suspended for seven days. However, irrespective of his temporary suspension, the pupil unlawfully entered the school premises, in effect breaching conditions of his suspension.

“This prompted the security personnel to remove the [pupil] from the school yard – in line with the school’s code of conduct.”

District officials were working closely with law enforcement agencies to monitor the situation at the school, especially as threats of protest action were received, Mabona said.

The Federation of Governing Bodies of SA Schools said it had mandated the school’s governing body to thoroughly investigate the incident before taking any action.