What was supposed to be a 3 month story turned into 9 years – Actress Nomvelo Makhanya on her Scandal! role

What was supposed to be a 3 month story turned into 9 years – Actress Nomvelo Makhanya on her Scandal! role 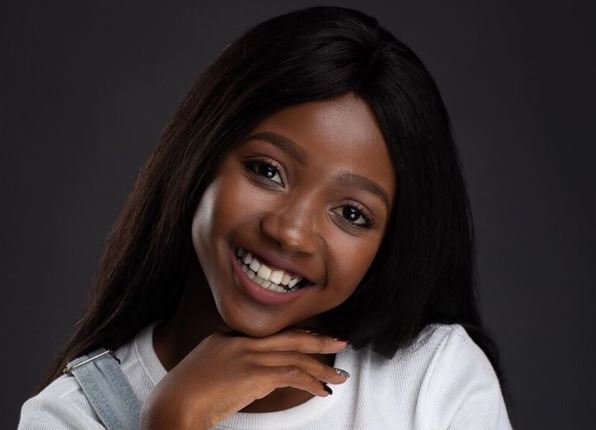 After joining Scandal! as a teenager, Nomvelo Makhanya has grown into a woman playing the character of Lindiwe Ngema.

The 25-year-old actor’s portrayal of the character has been approached with genuine ingenuity so much that what was supposed to be a threemonth story arc turned into nine years. Hailing from Nkandla in KwaZulu-Natal, Makhanya joined the show at 16. “It’s been a roller-coaster, but there have been a lot of growth that has taken place. Even in my craft I have grown as well. When I look at old videos of when I first started on Scandal! I cringe,” Makhanya admits.

“My family didn’t understand it at first and when I got it my parents thought it was a phase. Along the way I have grown as a performer. It’s fun to be doing something that you are passionate about. My love for acting comes from doing theatre and there is a saying that goes ‘once you experience the theatre, there is no going back’. I wouldn’t trade this for anything.”

When she joined the show as the sharp-tongued daughter of Zinzile (Gcina Nkosi) and Mlungisi Ngema (Patrick Mofokeng), Makhanya was a grade 10 pupil at National School of Arts (NSA) in Braamfontein, Johannesburg.

“I remember not wanting to go for the audition and one of my classmates encouraging me to go so that we experience a professional audition, because at NSA we will only audition for plays.

“When I got there, I realized how unprepared I was because one other girl had prepared a Zulu monologue. I didn’t know what we were supposed to do and I was stressed out.

“When I got to the audition room the casting director had no time for monologues and we improvised. That was amazing and I got it.”

Makhaya’s character has recently moved to the forefront of the storyline. The skhanda (gangster) love storyline with her Forex trader boyfriend Nhlamulo Maseko (Matthews Rantsoma) has been keeping audiences on the edge of their seats. Last week, the story pivoted into a dramatic twist that saw Lindiwe and her mother Zinzile arrested for fraud during her graduation party, as Nhlamulo bolted.

Makhaya loves sinking her teeth into such juicy material and playing opposite Rantsoma has been a dream. “I was very excited when I found out that I was going to be working with Matthews because it was full circle for us. We once met at the Market Lab and did an acting exercise together in one of the classes – then I dropped out,” Makhaya says.

“This storyline pushed me as a performer because Lindiwe the character has grown up so much and so has Nomvelo.

Makhanya’s career is also growing as much as her character Lindiwe. She stars in the new Netflix film I Am All Girls. The movie follows the chilling journey of two detectives in a race against time as they try to bring down a global child sex trafficking syndicate running in SA.

“I had auditioned for the same character at a younger stage, but the production wanted to give me a bigger role. So, I ended up as the teenage version of that character.

“It was fun and a different experience to what I’m used to.

I’m used to shooting in studio all my life and this was on location. I had to fully embody this character and I went through some boxing training. That was dope. The physical sense of it was so different to how we do things in studio.”

The mystery-thriller was filmed in 2018 and also stars Hlubi Mboya, Mothusi Magano, and Masasa Mbangeni. “I remember almost two years ago, there was a Netflix thing that I auditioned for. I got the callback, but didn’t make it to the final round. I remember how hurt I was.

“But not knowing that everything is aligning as it should be and this film will premiere on Netflix.

So, sometimes we want to cry for things that are not meant for us, not knowing that there are bigger blessings coming our way.”

Makhanya has been an outspoken advocate of mental health.

In 2019 she, for the first time, spoke openly with Sowetan about her admission to a psychiatric hospital as a result of living with mental illness.

She was diagnosed with depression, bipolar and anxiety at age 20 in 2016. Makhanya admits that the pandemic has been challenging, but she is in a good place mentally.

“This Covid-19 period has been tough. I tested positive sometimes last year and I’m glad to be alive,” she says.

“Mentally, I’m in a really great space and everything seem to be aligning in my life right now.”