What to expect when Jacob Zuma appears in court today

What to expect when Jacob Zuma appears in court today 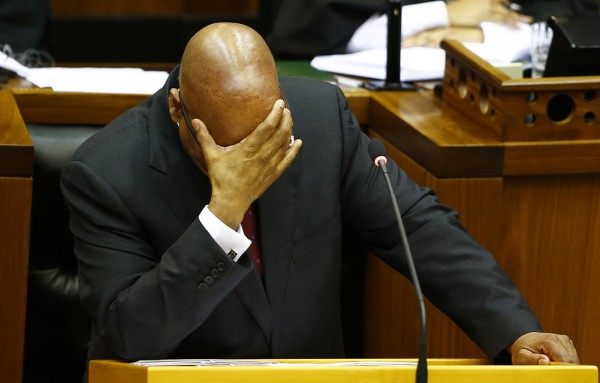 However, another adjournment is on the cards. The matter is expected to be postponed for the NPA to reply to Zuma’s special plea calling for the recusal of state prosecutor Adv Billy Downer. Zuma states that the lead prosecutor has “no title to prosecute”, that his prosecution is political and that Downer has it in for him.

Today’s adjournment will also allow Zuma’s legal team to file proper documentation as it is believed that the documents filed a week ago were incomplete. When the proceedings resume, Zuma will have to prove to the court that Downer, who has spent close to 15 years trying to bring him to book, is not entitled to prosecute him.

Zuma’s plea is his latest move to put an end to the prosecution. In the past, Zuma’s defence team was accused of adopting a “Stalingrad approach” by launching court applications to delay the start of the corruption trial while the state has always said it was ready to proceed.

In 2007, Zuma’s then advocate, Kemp J Kemp, told the Durban high court: “We have adopted a Stalingrad strategy in response to this prosecution… we will fight [the state] in every street, in every house, and in every room.”

Since then, under instruction from Zuma’s long-time attorney Michael Hulley, his defence team has tried every possible legal avenue to prevent him from being prosecuted. Zuma is accused of receiving an annual bribe of R500,000 from French arms dealer Thales for protection from an investigation into the controversial arms deal.