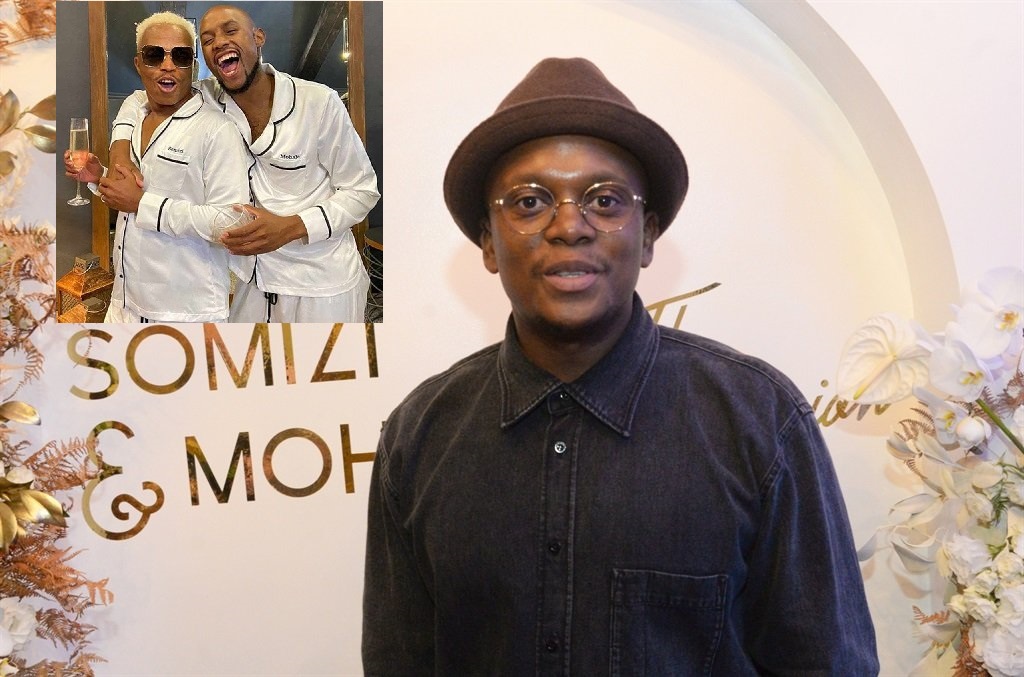 Seasoned TV producer, Legend Manqele, has distanced himself from leaking the viral recording in which Mohale Motaung-Mhlongo is heard revealing shocking details of his relationship with his estranged husband, media personality, Somizi Mhlongo-Motaung.

Legend tells the publication that he had nothing to do with the recording being leaked, saying: “I have no idea who would do something like this.”

The CEO of Barleader, the production company that produced Living The Dream With Somizi , amongst many reality shows which are widely celebrated, says he had nothing to gain by leaking the recording. “I swear I didn’t do it. I’ve been accused of a lot of things in my life, but this was certainly not me,” he says adamantly.

Legend says he would not resolve whatever differences he might have with certain people this way.

I was also shocked when I discovered that the recording had been leaked, says Legend Manqele.

“This is not how I do things, and I always try as best as I can to protect my peace. I was also shocked when I discovered that the recording had been leaked,” he says.

The upcoming season of Living The Dream With Somizi will, for the first time, not be produced by Barleader. According to Legend, parting ways with the show was nothing personal. “This is purely a business decision, which had nothing to do with anything personal. I took a decision that I thought was best for the business,” he adds.

This comes after a private conversation between Mohale and Legend was leaked to the media earlier this month. In the recording, Mohale is heard alleging that he faced physical and emotional abuse at the hands of Somizi during their relationship. Among Mohale’s allegations were also claims that Somizi had sabotaged his efforts of being financially independent.

In the recording, a man, now confirmed as Legend, is heard describing the different ways that he could possibly use to assist Mohale in telling the story that he tells in the leaked audio. “… let’s then be allies in making sure that this thing comes out as it should.”, he is heard saying.

Legend goes on to suggest doing a tell-all interview with Mohale, which he would subsequently bank and only release if/when Mohale signs a document consenting to its publishing. “Only your signature will release that interview,” Legend is heard saying.

Towards the end of the leaked audio, Legend is heard seemingly handing over a form to Mohale (unconfirmed) and saying: “This is not you signing off this conversation. This is you signing something that was long overdue for the channel’s filing system.”

Since the release of the conversations, I find myself stripped of my agency, says Mohale Motaung.

Somizi and Mohale have since, respectively, released statements addressing the recording. In his statement, Somizi vehemently denied having ever “knowingly” abused Mohale in any way and said that he has never tried to sabotage his efforts to gain financial independence.

Mohale’s statement maintained that what he said in the recording is true and that he did, in fact, experience abuse at the hands of Somizi. He also added that the conversation heard in the audio was privileged and that he never consented to its release.

“I felt secure relating my experience to him having been assured that it was privileged,” Mohale wrote.

“Since the release of the conversation, I find myself stripped of my agency and the right I had previously reserved to tell my story when I was ready.”