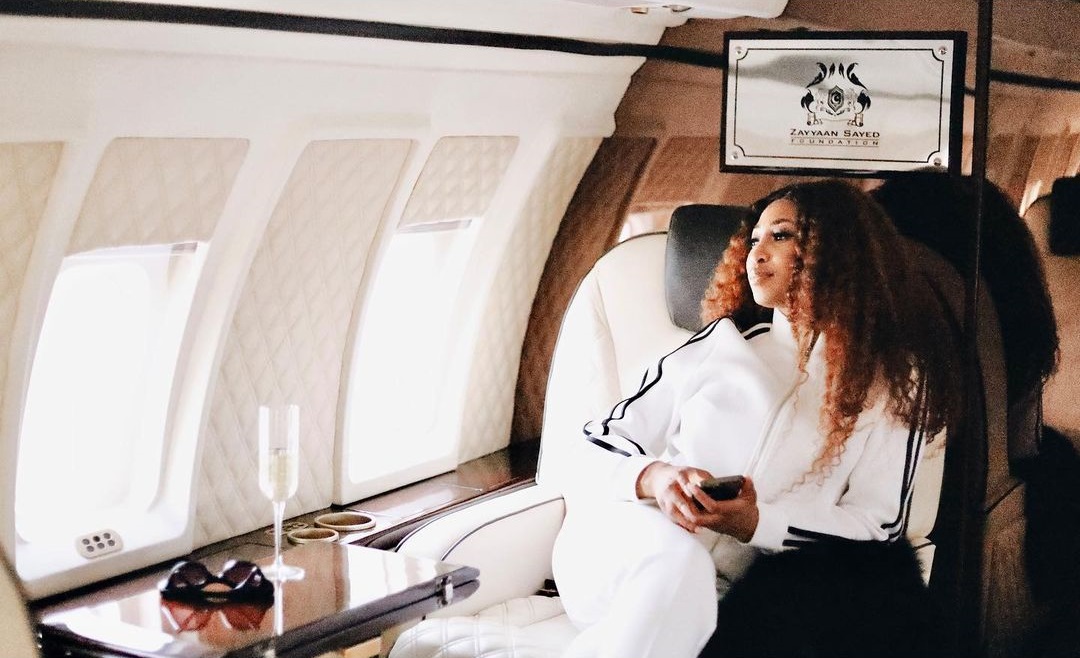 Enhle Mbali has finally released her highly anticipated short documentary where she speaks of her life journey as a woman and revealed how the women in her life all played an intricate role in shaping her.

Enhle’s 26- minute documentary explain in detail how her mother, aunt, grandmother, and great grandmother, all made a positive impact in her life. Explaining each’s a contribution in her life, she delved deeper into how these women built her. “All these women under one umbrella, taught this one woman how to be a wonderful great being and I am always grateful for that.”

She then spoke about how she was first introduced to acting and how she fell in love with it. The first time she entered a cinema was when she was 5-years and she watched Sarafina. This made her fall in love with the art.

She spoke about motherhood which is a life-changing experience for every woman. The mother of two boys Anesu and Asante who are 10-years old and 6-years-old respectively said as much as these boys need men in their lives, they also need women, and should a man come into her life, that man will have to be worthy of being around her kids.

“I’ve made the decision that dating is mine unless someone deserves to be around my children, the dating is mine. When I get into a relationship one day, the relationship will be mine. Until I am trusting enough to let this male into my pride of males and females that are raising these kings,” she said.

Enhle is now co-parenting with her ex-husband Black Coffee and she has now declared herself a healed woman. Enhle has alleged that she suffered abuse and was also painted as a gold digger, but she has finally addressed all these things in the short documentary.

Enhle touched on the alleged abuse incident which occurred at her home whilst celebrating her birthday party.

She said she is disappointed at how the abuse was never investigated. “I’ve heard a lot about who Enhle is but none of that is my narrative. I am not an angry black woman. I am, however, a woman who had to stand for herself. This problem 9Black Coffee) came to me. While I was home relaxing, celebrating myself with friends, this problem came to me and when I fight this problem, the problem becomes a victim,” she said.

Enhle is also no gold digger – in fact she says she helped build Black Coffee so she was reaping the benefits of her hard work.

“Walking on to sets where everyone has a perception or a narrative of me that simply isn’t true. I am not a gold digger. I found a man who had opportunity in his mind and we made a decision to build together and now he is built. I agreed to take parts of my life that were so important to me and put them aside to make this work. To make forever work and it didn’t,” she said.

Watch the full documentary below: