Watch: Spider-Man shows up at Anele Mdoda’s birthday party and it was a vibe

Watch: Spider-Man shows up at Anele Mdoda’s birthday party and it was a vibe 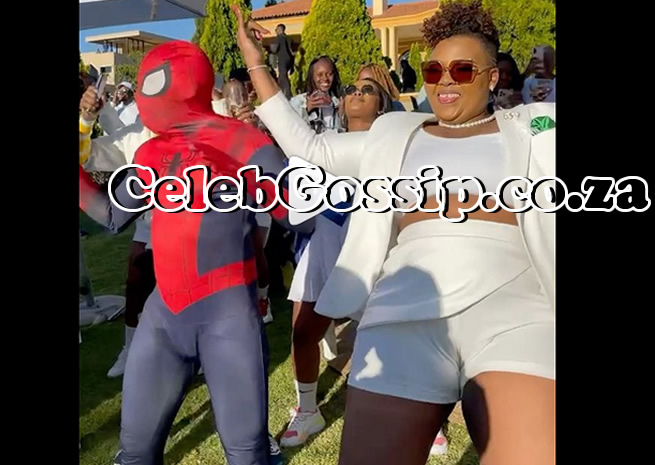 TV and radio presenter Anele Mdoda celebrated her 37th birthday at the weekend with her close friends and family and, yes, Spider-Man was also there.

It was nearly impossible to miss him in his red and blue suit as Anele and her guests were all dressed in white.

Plus, he performed alongside the TV presenter.

Author and Anele’s friend Khaya Dlanga shared the video on Instagram and it’s clear the lady of the moment had the time of her life.

Somizi can also been seen dancing behind Spider-Man.

“Spider-Man showed up for Anele’s birthday,” Khaya captioned the video.

Anele also shared a snap of Spider-Man, drawing hilarious responses and speculation about who the man behind the mask was.

Some said it was Khaya, and others Frankie, her breakfast show co-host at 947.

All white and Spider-Man seems to be a trend among local celebrities.

Spider-Man did not disappoint as he danced to DJ Maphorisa and Tyler ICU’S hit single Banyana.