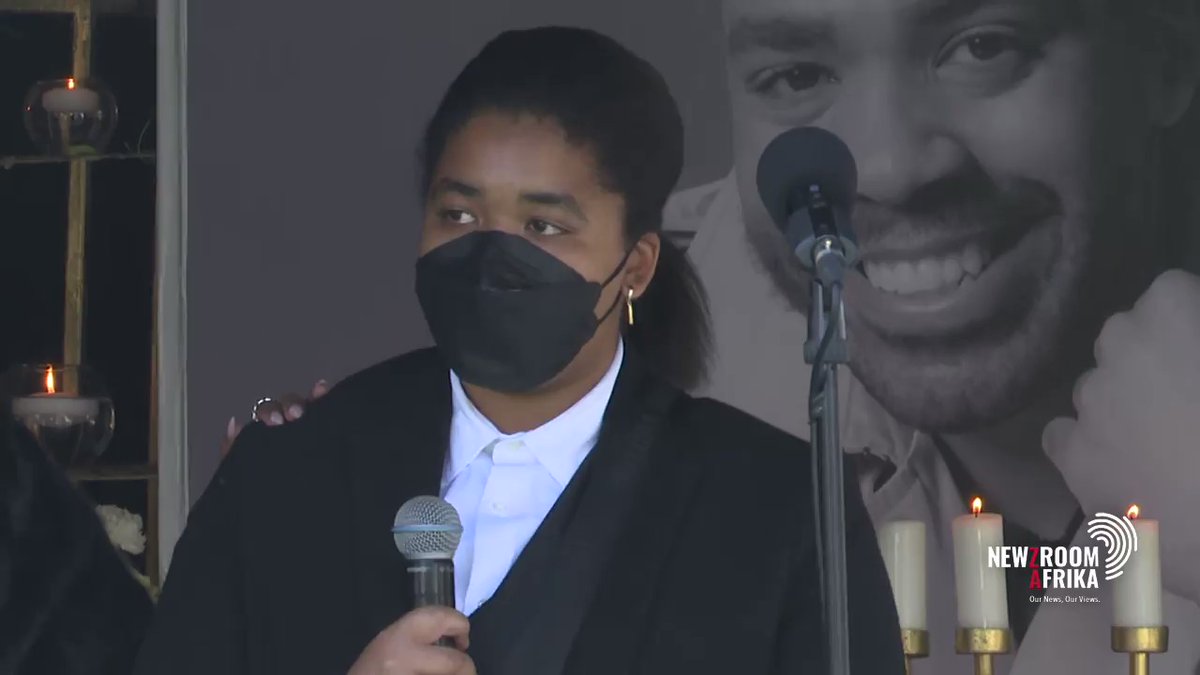 Veteran actor and mogul Shona Ferguson was laid to rest today in an intimate ceremony attended by close family, friends and politicians. The Ferguson Films creator touched so many people’s lives, and his family gave him the most emotional and powerful eulogy ever.

His youngest daughter Alicia Ferguson spoke about how her father encouraged her to break from her shell and conquer her fears.

“My dad has done a lot for me as a person. He has motivated me to take bigger steps in life I wouldn’t have taken. He encourages me to do things that I wouldn’t do. And I am very thankful that he has enabled me to do that. Because in the past I was a child who was very much in a shell. He opened that shell and let me barge out.”

She then added how much her father always motivated her and believed in her with whatever she wanted to do.

He made me a promise to always be by my side wherever he is, wherever I am. And I am going to make him a promise as I have done before, that no matter what comes and goes, I will always carry on his legacy and I will make him and my family proud,” she concluded.

"My dad has done a lot for me as a person, he has motivated me to take bigger steps in life that I wouldn't have taken…I am very thankful that he has enabled me to do that" – #Shonaferguson's daughter Alicia Ferguson. #Newzroom405 pic.twitter.com/wiAEnhKQbX

His eldest daughter, Lesedi Matsunyane-Ferguson spoke about how painful it was to watch her father fight. She says it still feels like a bad dream.

“Dad came into my life 20 years ago. We always knew when dad was around because of his laughter and because he always smelled good. He impacted our lives in so many different ways. There are many fights he fought in silence to protect us as the family. The lesson we take from him is to work hard and chase things we want in life. Some of the qualities we learned from him were to fight for your family and never stopping being yourself.”

“This fight that he fought so hard for is a painful one to try and process. A lot of this doesn’t feel real, a lot of this feels like a bad dream. The only thing I think any of us can take from this is the lessons that he imparted on us. Which is to work hard and chase the things you want out of life, and that does not necessarily mean material things,” she said.

She reflected on the past 20 years with him as her father and said she wished just to send one more day with him. Lesedi also said she misses his hugs as he was taller than her so he gave her the warmest bear hugs which made everything seem like it would be okay.100

[WATCH] "This fight that he fought so hard for, it's a painful one to try and process. A lot of this does not feel real"- #Shonaferguson's daughter, Lesedi Matsunyane Ferguson. #Newzroom405 pic.twitter.com/PjKxy498x5

After news of his passing was confirmed by his family, they took to Instagram and shared some touching words.

Alicia penned a lengthy post on IG and said, Words can not express how I’m feeling right now. My worst fear became a reality. You fought your fight dad, and I’m so proud of you for making it this far. You’ve not only touched our lives as your family, but you’ve touched many others as well. You’ve left a legacy behind that I will carry on, as I did make this promise when I was little to you. Thank you for everything that you’ve done for me my doppelgänger. You made a promise to me that you’ll always be there when I need you, so I believe you will always be there even in spirit,” she wrote.