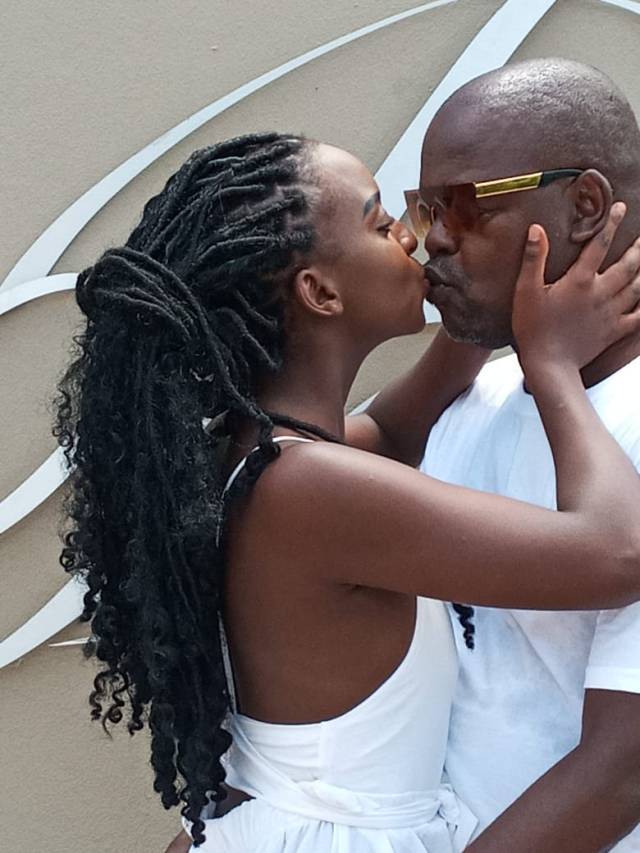 Seputla Sebogodi popularly known as Keneth Mashaba from generations has shocked Mzansi this week when pictures of him proposing to his young bae went viral but what was more shocking to Mzansi was the age difference between the pair.

Here are some things you didn’t know about Sebogodi’s fiancé:

Her name is Mogau Sebeka, and she’s an aspiring singer, actress, and dancer.

She’s 27 years old, grew up in Limpopo, in a place called Modjadji.

Her soon-to-be-stepson, Thapelo Sebogodi who plays Khabzela on The River is 5years older than her.
She grew up in church where she was a worship leader in her home town according to close sources.

Here are videos of her singing:

heir images were taken during their Valentines weekend getaway, with Seputla seen going down on one knee and asking Sebeka to be his 5th wife.

In the image, Sebogodi’s girlfriend is beaming and excited and seen accepting his proposal.

She then posted their images on Twitter which went viral and captioned their images with: “You pulled off this surprise my love. Thank you. God bless you abundantly and give you more life,”

But their excitement was short-lived as their age gap soon caught the attention of Black Twitter who started judging them, which resulted in her clap backs.
She tweeted a series of tweets which read:

“You guys are definitely fetching me, but hey love lives here.”
“Thank you for all the love I have received, doesn’t go unnoticed. My family and friends who kept checking up on me if I’m okay because of some vile comments, and oh lol we laugh and move.”

“I have however received some hate as well. It’s all love from this side. Love and light .”

“More than anything I’m at a peaceful and happier place. Living my life the best way I see fit, of course it will not sit well with everyone. Grateful for those who show me love genuinely. “

Sebake is apparently very protective over her 59year old veteran actor slash fiancé and won’t hesitate to show haters that she doesn’t care about what they think about them. Tweeps stated that the two are not compatible because of their age gaps, status and that their relationship won’t last just like all of Sebogodi’s previous relationships.