Watch: Mother Goes Viral For Throwing His Son Out Because He Has Come Of Age

Watch: Mother Goes Viral For Throwing His Son Out Because He Has Come Of Age 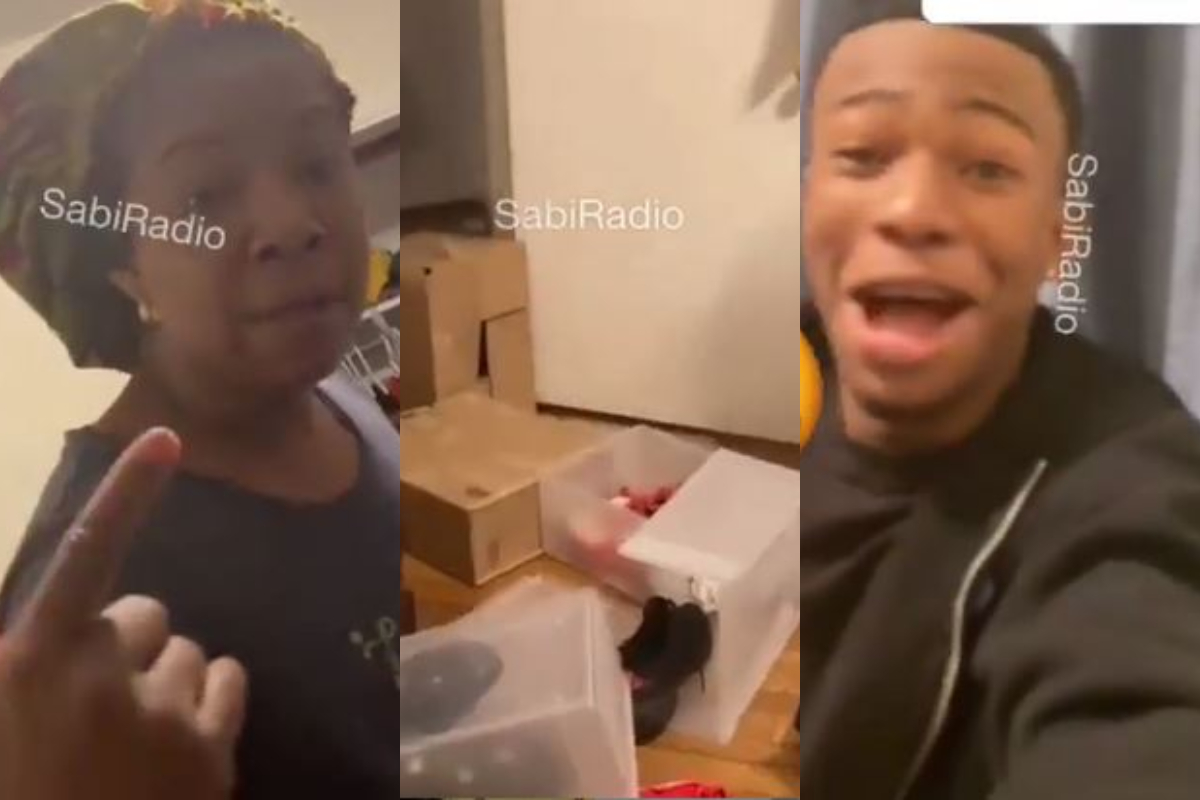 A video circulating on social media has an irate mother tossing up the room belonging to his son and asking him to move out because he is now a grown man and can fend for himself.

In the video which has seen millions of reactions on social media since it hit the internet, the mother was seen turning the room upside down while he engaged him a heated argument. He asked her “who could I live with,” which she replied “I don’t know, you are an adult, you already told me we were not family”

He again asked, “Is this what you do when you go crazy”. She responded, “Yes please get out from my house”. While they went back and forth on the argument, he turned the camera on himself, asking for help “You see what I live with, someone take me out of here please”

Social media users are torn between believing him to be the reason for his mother’s distress due to his reactions and the unprintable words he used at her previously or the mother’s inability to contain him because he is a now a grown man who needs to get a job.