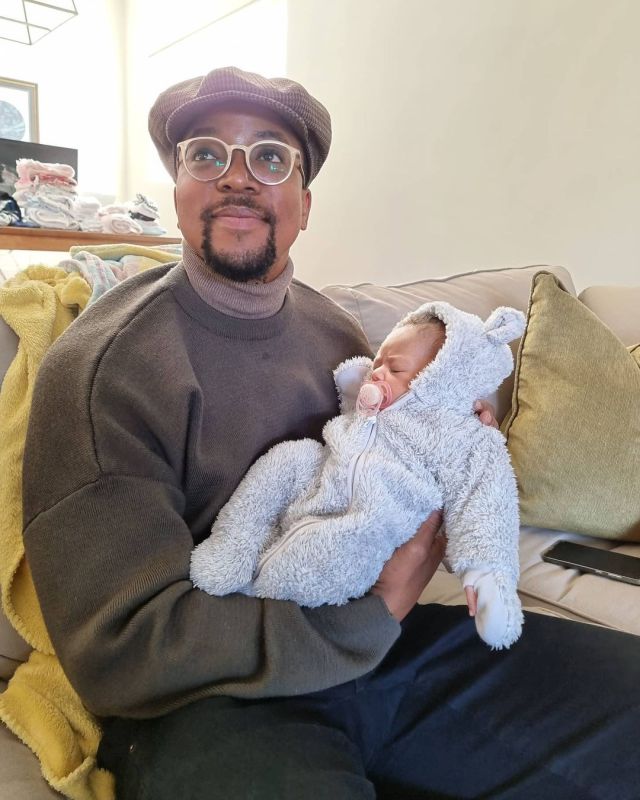 Media personality Maps Maponyane recently became an uncle and he is enjoying every single of it and letting his followers know. He took to Instagram to share his first image with his niece.

Earlier on in May, he took to Twitter to let his followers know that if he had a baby girl, he’d probably never put it down, even she turns 20-years-old.
“If I had a baby girl, I’m not sure there would be much chance of me ever putting her down. On some “Dad, I’m 20 years old, please put me down now?!” He tweeted.

If I had a baby girl, I'm not sure there would be much chance of me ever putting her down😅❤

Although he has always made it clear that he wants a family of his own, it is unclear when Maps will be starting his family as his career is keeping him busy at the moment. He recently extended his ever-growing Bunz Out restaurant – he opened another one in Norwood.

Maps had been previously linked to female rapper Boity. Their cute pictures and messages to one another had everyone thinking that they two were an item. On Maps’ 31st birthday, Boity penned to sweetest message to him, adding more fuel to the rumour that they were seeing each other.