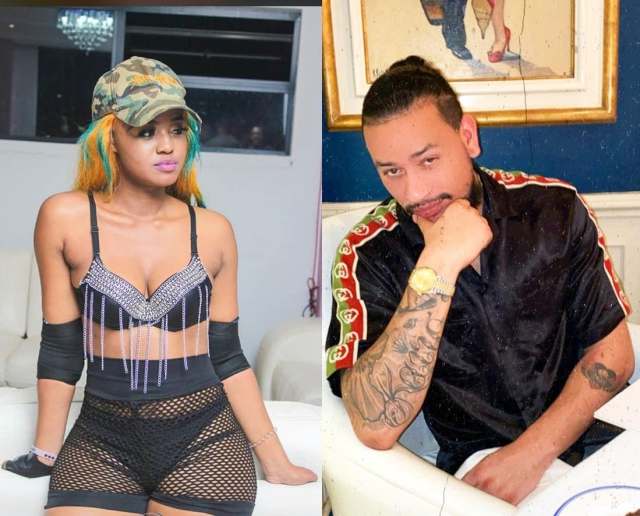 Mzansi star Babes Wodumo has always grabbed the attention of the listener with her electric music and high-energy performances. She has collaborated with a few rappers before, specifically Cassper Nyovest and Duncan.

Mac G asked her if she regretted dating Mampintsha. She said that she is on the fence about that because it would’ve been better for her if they got to know each other when she wasn’t famous.

The eLamont hitmaker also mentioned Mampintsha has certain feelings towards her when she speaks to other men. She used an award-winning rapper AKA as an example.

She said, “If I am standing and talking to a guy, he would come and say Why are you standing here with him.. come here. Even if we are just talking, maybe AKA or someone else, he would get mad.“

She previously came to AKA’s defense in a twar between him and Cassper Nyovest. She came at Cassper for provoking AKA in responding to his tweets.

Babes also mentioned that while she was overseas she had the opportunity to meet heavyweight American rapper, Kendrick Lamar. Mac G was stunned at the fact that Babes had met Kendrick Lamar and mentioned that she even speaks to him over FaceTime.
She mentions that contributing to the star-studded Black Panther album and meeting Kendrick Lamar was truly a privilege for her.