WATCH: MacG makes shocking revelation about him and DJ Lamiez – Where they dating?

WATCH: MacG makes shocking revelation about him and DJ Lamiez – Where they dating? 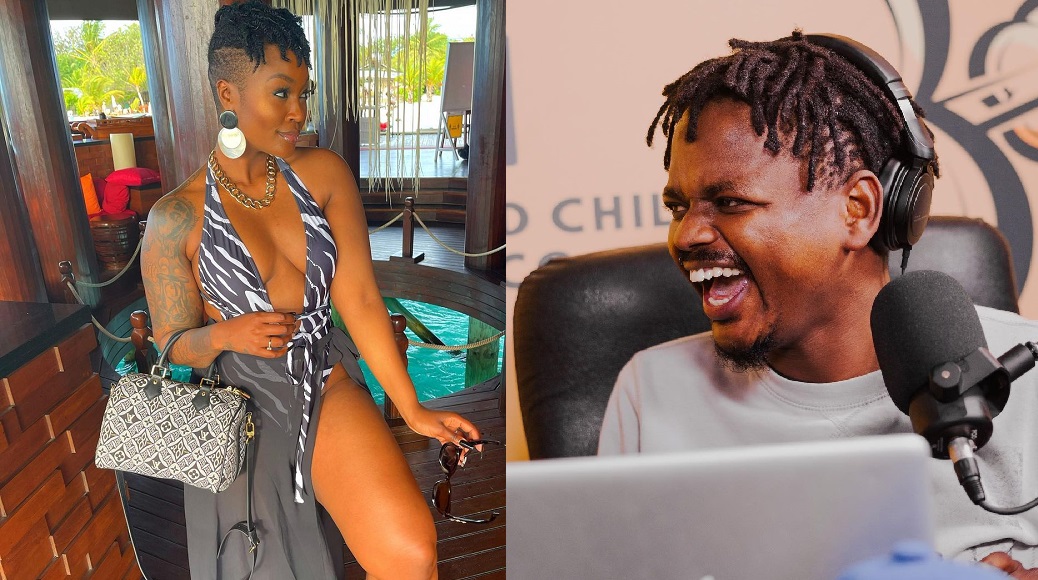 Mac G has once again managed to stir some trouble on the timeline when he revealed more on his relationship with DJ Lamiez Holworthy. The podcast guru left a bad taste on people’s mouths when he revealed the real reason he and Lamiez never worked out.

On a previous episode of Podcast and Chill, the non-celebrity edition, Sol Phenduka and MacG joked about his relationship with ex-girlfriend Lamiez Holworthy. Their relationship was revealed to the public last year, but many people on social media still did not know they ever existed as a couple.

When a clip of Sol teasing Mac G on his relationship with Lamiez, which only lasted for a split second, went viral, many were shocked to find out they were an item. In the clip Sol laughed at MacG saying he can’t really call Lamiez an ex if they never slept together.

Sol was complimenting Lamiez saying she is a person who stays out of trouble and is generally a sweet person. “She is such a sweet perosn who never harms anyone,” he said before proceeding to ask MacG if he ever wanted to date her.

“You didn’t smash so it doesn’t count,” he laughed. “All of us have had those relationships, where one week [you date] and then the girl is like ‘I’m going through things, I shouldn’t have said yes’,” he said.

He said he felt very bad for leaving her because he could see that she was very much in love with him. He also was about to reveal more on their relationship, but Sol interrupted him.

“I thought we were just having fun but then I realised that no she is taking things very serious.”

"You didn't smash, so it doesn't count…" Sol Phenduka pic.twitter.com/3YmkjVLPT9

This is not the first time such allegations surfaced where people accused Lamiez of physically abusing Khuli Chana. Of course this is just hearsay but trolls have always mocked Lamiez for looking like a man. Many are saying she looks more of a man than her husband Khuli Chana.