WATCH: Kamo Mphela slaps a man for grabbing her b00ty while performing

WATCH: Kamo Mphela slaps a man for grabbing her b00ty while performing 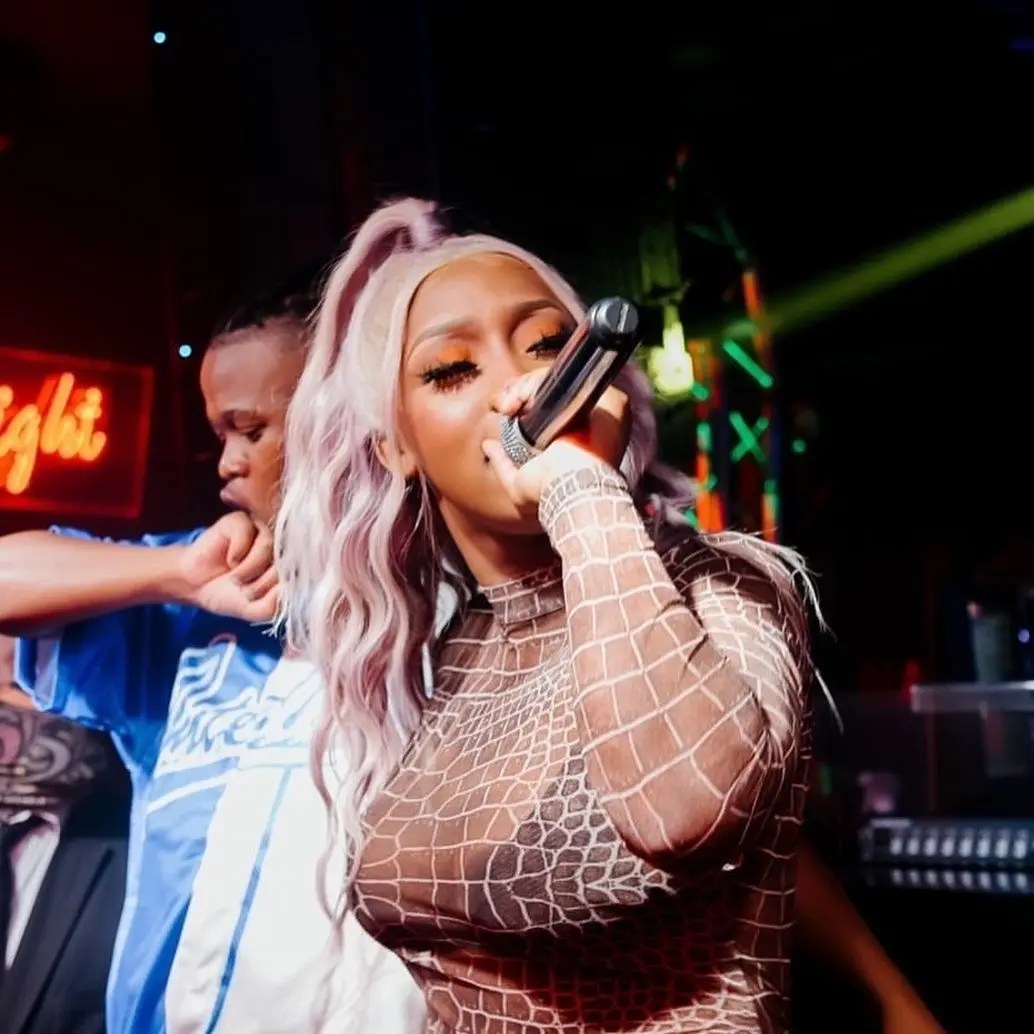 The Amanikiniki hit singer is not here to play games with you. Kamo Mphela gave a hot slap to a guy who touched her while performing, and fans were happy. Kamo Mphela was the headlining act in the Mandacosia All Black event held at Kwabusa Car Wash in Kwaggafontein Mpumalanga Province.

If you look at Kamo Mpela’s music videos and live performances, you’ll notice that she has a very distinct way of dressing, especially when performing. Kamo loves wearing shorts, runner tights, faux leather leggings, mini skirts, all with sneakers and heels. Unfortunately, some men think that when a woman dresses this way, she’s craving female attention, which is not necessarily true. Kamo is a performer who dances on stages from routines that took hours and days to perfect. When dancing, she doesn’t need excess fabric on her legs that will restrict her movements. As much as her stage clothes make bold fashion statements, they also allow her the flexibility to move.

Kamo was on the stage, and the unidentified man close reached his hand out to touch her. Kamo found this disrespectful, and it was well within her right to feel so. Without wasting time, she gave the fellow a hot slap to defend her honour.

Public figure or not, everyone has the right to consent to be touched. Celebrities are also people, and they also have this right despite people feeling entitled over them because they’re their supporters. Earlier in the year, Phindile Gwala got into an altercation in a club with a fan because she took photos of the actress without consent. Phindile Gwala ended up smashing the fan’s phone to the ground. Rapper AKA has also been involved in a similar scenario where he broke a fan’s phone when she took a Snapchat video with him without his consent. Fans applauded Kamo Mpela for slapping the guy and said the slap was very satisfying to watch.