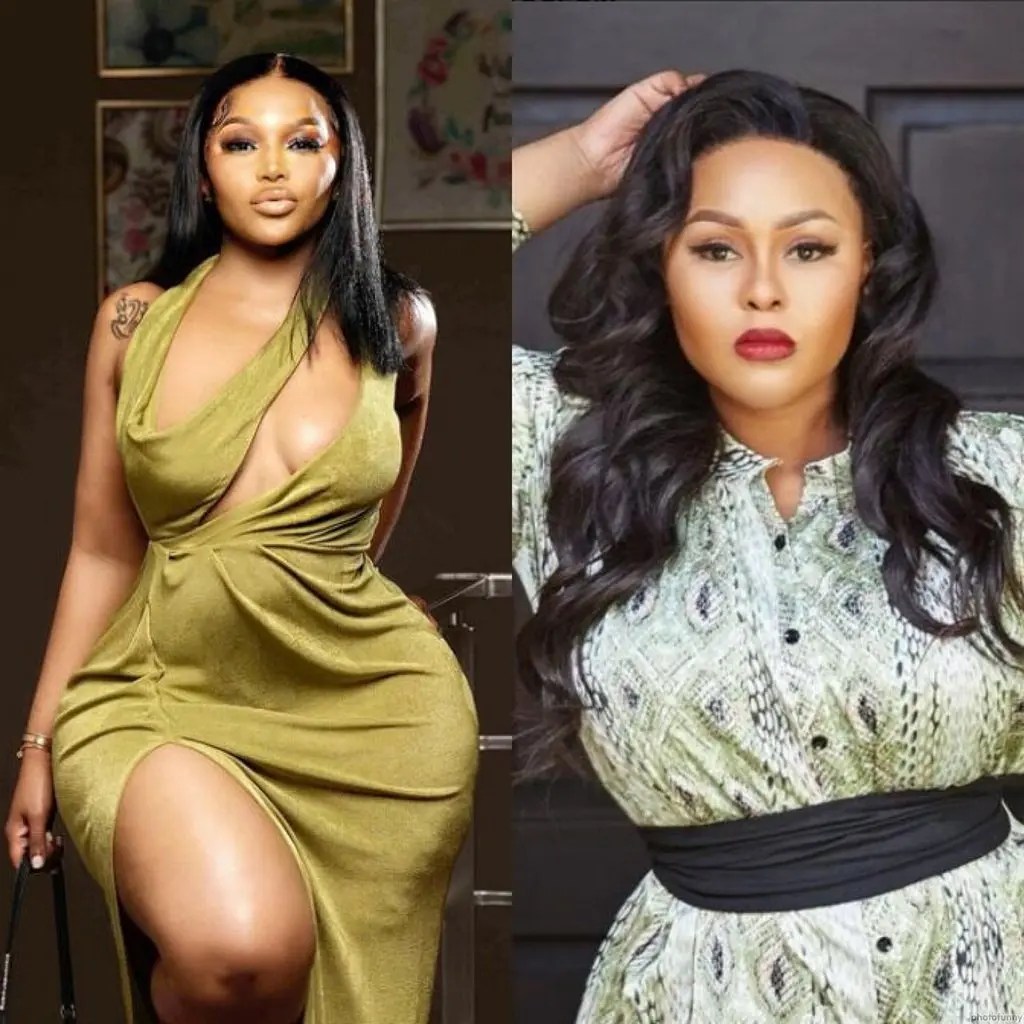 The friends fought via Instagram Live on Wednesday, 24 November.

Inno claimed that Tebogo used her for her first episode of City Girls, a YouTube show that Tebogo hosts on the Podcast and Chill network.

Inno was the first guest of the show that premiered on Tuesday, 23 November and she spoke about getting plastic surgery. The episode showed where she got work done and showed her consultation with her doctor.

However, Inno now claims that she was body shamed by the former Muvhango actress, and she wants the episode taken down.

She said Tebogo said they would post the show next month when she has healed from the surgery. She also threatened Tebogo with lawyers.

“You wanted to body shame me. It’s always about you and you know how this feels. You’ve been body shamed how many times?” she asked.

Inno asked Tebogo to delete her video countless times on the live session.

Tebogo told Daily Sun she and Inno have since talked it out and they are fine now.

“I guess in a way, this is a good thing because it is bringing up conversations. But the issue is she had agreed to do the show, we agreed that we would show her consultation. Now I guess when the episode dropped, it was too overwhelming for her. She now thought everyone was attacking her and she took it out on me,” said Tebogo.

“I didn’t take it down because she had initially agreed to do the show. and the medication she’s taking might be doing something to her,” she said.

The actress and businesswoman said she understands what Inno is going through and it’s not her that’s fighting.

“When you are recovering, especially from surgery, you get on medication. She had a big surgery, and the pills are strong so she’s been fighting everyone online. We had a conversation and it’s fine. The show is still up on the podcast and it’s still going up,” she said.

Inno Morolong confronts Tebogo Thobejane for posting her episode on her new podcast City Girl with Podcast and Chill with MacG.

Inno Morolong says she was not paid for the podcast and demands Tebogo takes it down.

Inno Morolong says Tebogo Thobejane was not supposed to post the episode until she is healed.

Inno Morolong is threatening Tebogo Thobejane to delete otherwise she is gonna talk about Tebogo's doings.