Watch: “I have been labelled as this woman who kills men” – Kelly Khumalo breaks down

Watch: “I have been labelled as this woman who kills men” – Kelly Khumalo breaks down 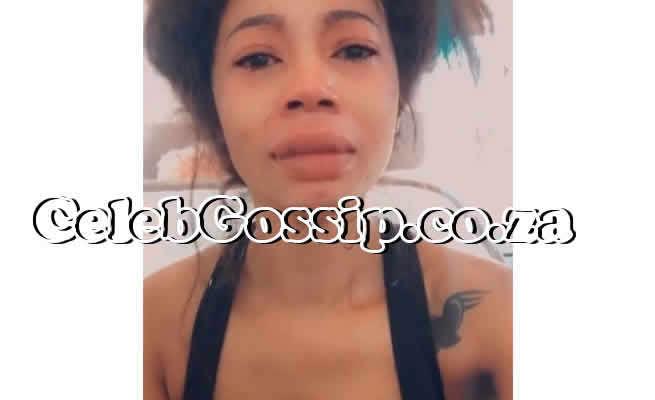 Fans were introduced to a different side of singer Kelly Khumalo this year, when her reality show Life With Kelly Khumalo, lit up screens.

The show debuted in August and was quickly the talk of social media for producing several explosive moments.

The series not only showed Kelly’s home life and her interactions with her family, but also touched on her relationships with late Orlando Pirates goalkeeper Senzo Meyiwa and rapper Molemo Jub Jub Maarohanye.

Here are five moments that had viewers on the edge of their seats:

“I have been labelled as this woman who kills men”

In an emotional moment from the show, Kelly spoke about the heartbreak she felt at being labelled a killer, after many accused her of being involved in Senzo’s death.

Kelly broke down as she claimed that her loss had been used against her.

“I have been labelled as this woman who kills men, and I don’t have it in me to murder anyone. It just so turns out that society has taken my loss and used it against me. How is that fair?” she asked.

Senzo and Kelly’s daughter also brought on the waterworks when she asked where her father was.

Kelly did her best to explain to her daughter about Senzo’s death and his love for her, but admitted it was hard.

#LifeWithKellyKhumalo now everyone should stop saying @KellyKhumaloZA is preventing her son from knowing his father Molemo. -thread pic.twitter.com/IoSBlSuamM

How do I start the conversation? How do I even tell my daughter who her father is and what happened to him? Because this is such a heavy story for a five-year-old.”

And viewers could feel her pain

After 10-year-old Christian was suspended from school because he lied and stole someone’s hat, Kelly felt he needed a father-figure in his life to guide him.

She had an honest conversation with him about looking for his father, but Christian was at first hesitant, saying he is fine with just having his mother in his life.

She later claimed that Christian’s father, Jub Jub, has never tried to reach out to her to try reunite with his son.

Christian also gave viewers this sweet moment between him and his mom.

What started out as a request to go play with his friends, ended up being a lesson in social distancing and wearing a mask.

But Covid-19 prevention aside, it was their cute interaction and exchanges of “I love you” that had fans in tears.

“When I pass on, I want to leave you and Zandile united”

Kelly fell out with her sister Zandie earlier this year, after she issued a statement distancing herself from an alleged scam in which Zandie’s husband Mhlo Gumede was allegedly involved.

She made it clear that the pair had reached a place of “no return” but their mother Ntombi was holding out for a reunion.

“When I pass on, I want to leave you and Zandile united,” a teary Ntombi said.

Kelly was not moved though and said she was ready to go to war if needed.

“If my sister wants to go to war with me, I will give her a war. My mother is giving my sister and that demon of hers a ticket to disrespect the Khumalos. I don’t understand why my mother is crying.”