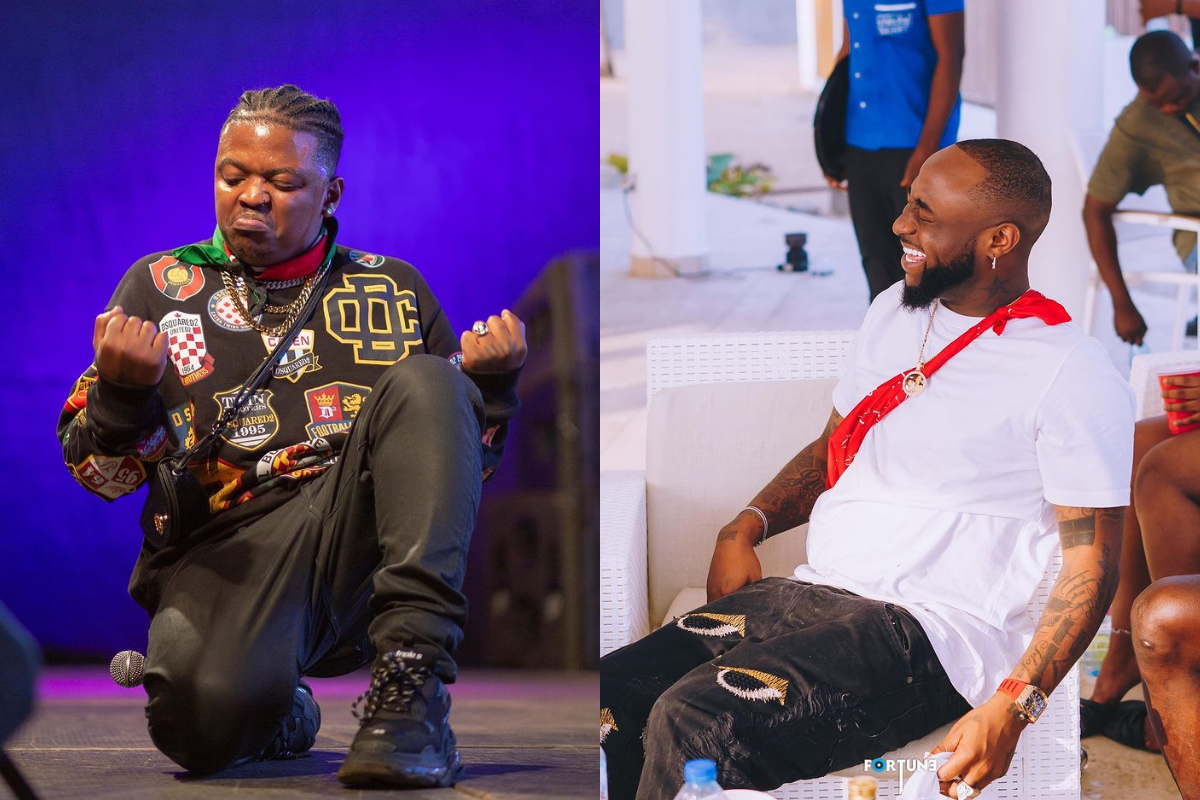 In less than 24 hours after the release of the official remix of South African Dance/Electronic artist Focalistic song “Ke Star” with Davido, the song shot to #12 on Nigeria Apple Music Chart.
Hopefully Ke Star remix will hit number 1 for a week or two or possibly months on Nigeria main stream media purposely because of Davido’s voice signature on the tune.

Like usual, Davido never disappoint with his promotion of songs especially remixes and features he does for other others both local and international.

Once again, the Jowo crooner took to his twitter page of 8.9M followers to promote the song to his fans worldwide and as expected, he has given clout to the South African artist song Ke Star remix.

Davido clipped his verse on the song and dance and sang to it to his utmost happiness and joy for the song.

Now, can say Davido has proven to the world the enshrined in him and the influence he has to determine the success of other artistes in other countries. Focalistic is enjoying the wave his song is getting on the Nigerian Music market and all thanks to Davido.

Watch the video Below.