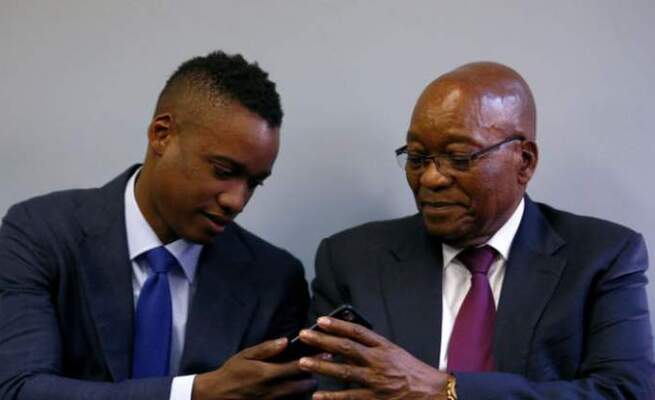 Duduzane Zuma’s latest statement about his father’s incarceration has got tongues wagging online.

The former president is serving a 15-month sentence of contempt of court at the Estcourt Correctional Centre in KwaZulu-Natal. He was handed the sentence by the Constitutional Court after he failed to appear at the state capture inquiry.

In a now-viral video shared on social media, Duduzane said his father’s arrest was a “simple thing” and he was working hard to get him out of prison. He claimed Zuma’s incarceration was not going to solve what is happening in the country, and said his father “carries the hopes, aspirations and dreams of millions of people”.

“You’re locking up someone who has contributed to the best of his abilities to get things to where they are in this country — him and a whole host of other people who have done so before.”

Duduzane said Zuma is an old man who has been “targeted” throughout his political career.

“He’s 79 years old, guys. Stop playing games. There’s more happening in this country than locking up one man you believe is the root cause of all these issues. That’s not the case. Stop lying to people and focus on the real issues,” said Duduzane.

On social media, many users expressed their opinions about the video.

While some applauded him for speaking out in defence of his father, others claimed he lacked understanding of the case.