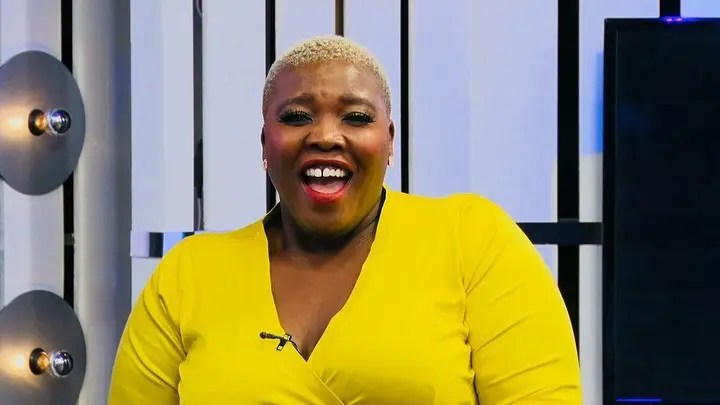 Comedienne and actress Celeste Ntuli is a fan favorite when it comes to her comedy and acting skills. Over the years she has showed Mzansi her versatility and prowess, but it was her guest appearance on controversial radio host Mac G’s Podcast and Chill episode that won her affection from Mzansi.

Tweeps were left wanting after her thought-provoking chat with Mac G, and they have been clapping for Celeste and said it was the best episode of the year on the podcast.

Celeste was dropping pearls of wisdom when she candidly spoke her mind about issues from racism to female anatomy, cancel culture and more.

The TLs are flooded with quotes from the chat.

She also lifted the lid on the hotly contested land issue in Mzansi and how that has affected black people.

“I think we loosely use depression as a word these days, and more especially among black people because I’m like, wait a minute, we haven’t gotten the land, don’t throw that at us quickly, give us the land and the money and check.”

Some tweeps couldn’t believe how dope Celeste was after the episode aired.

Here are some of the reactions from Twitter users who have new found love for the comedienne.

black women and men are locked in the same house, the keys are with the black women but men are busy beating the key as they refuse to acknowledge the key is the black woman

I knew Celeste Ntuli was dope but not this dope. Thought provoking, funny, intelligent, comfortable in her own skin. Just amazing 😍😍😍#PodcastAndChill pic.twitter.com/dBcuMDnsGQ

@celestentuli won best episode of the year on the podcast. Wow so much wisdom and she is funny AF#podcastandchill #podcastandchillwithmacg. Beautiful episode ❤️