Watch: Cindy Makhathini’s glow up will leave you in shock

Watch: Cindy Makhathini’s glow up will leave you in shock 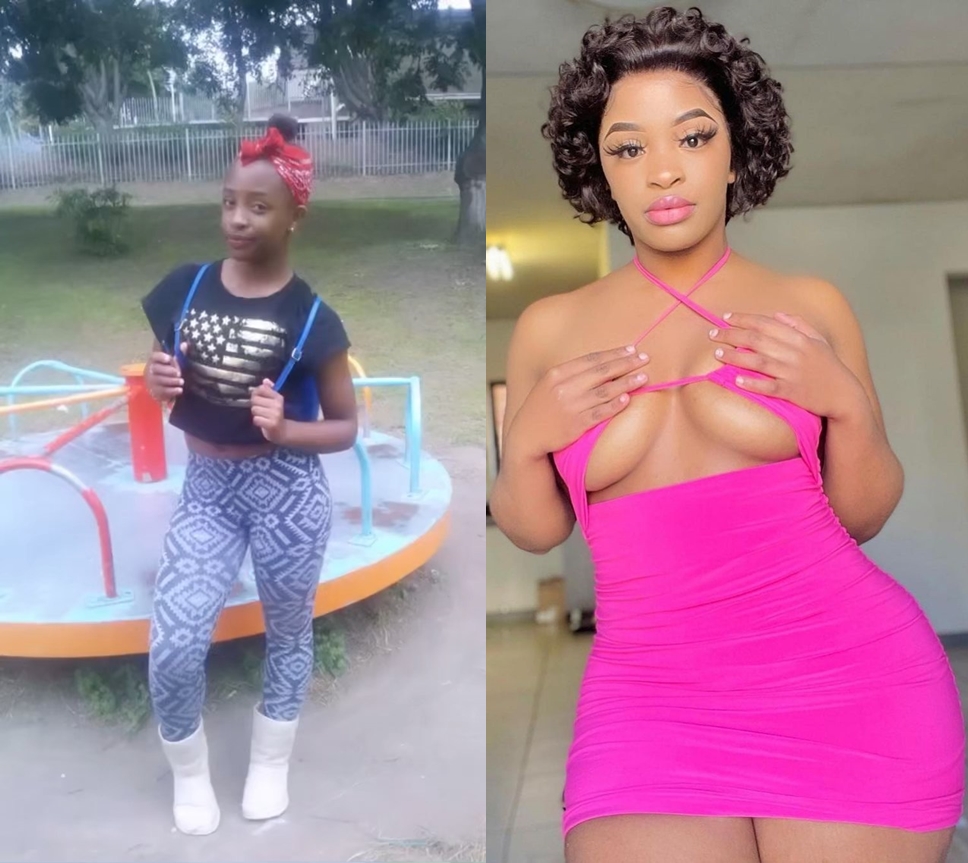 When women grow older they tend to glow and become more beautiful. Others like Cindy Makhathini change a lot and it becomes hard to believe if they really were the same person. After seeing her glow up video it is hard to believe Cindy’s glow up.

Taking to Instagram the curvy babe posted a video of her glow up and people are shocked by what they are seeing.

The comments on social media from her followers are proof that her transformation was out of this world. Who knew she would grow to have one of the biggest behinds in Mzansi? Some are telling her to thank the Lords because she changed for the good. Many go to the extent of saying she looked like a boy back then. Unfortunately not every woman gets to glow like Cindy.

Here are comments from the shocked public:

Cindy Makhathini is the new girl on the social media streets who is causing havoc because of her amazing body. The socialite is not deterred by anyone and can dish twerking videos for her fans. The last time she was trending after posting a video twerking with the caption, ‘Let me be’.

Rumors say she is the same lady who leaked the former Minister’s Gigaba’s n#de pictures after they allegedly had a fight. Back then she was said to be 17 years old. Now that she is glowing, with the way she has turned out, Cindy is capable of getting any men she wants. The comments on her pictures from men tell the whole story whenever she posts.