Watch: AKA Sweats It Off With Some Dumbbells

AKA Sweats It Off With Some Dumbbells 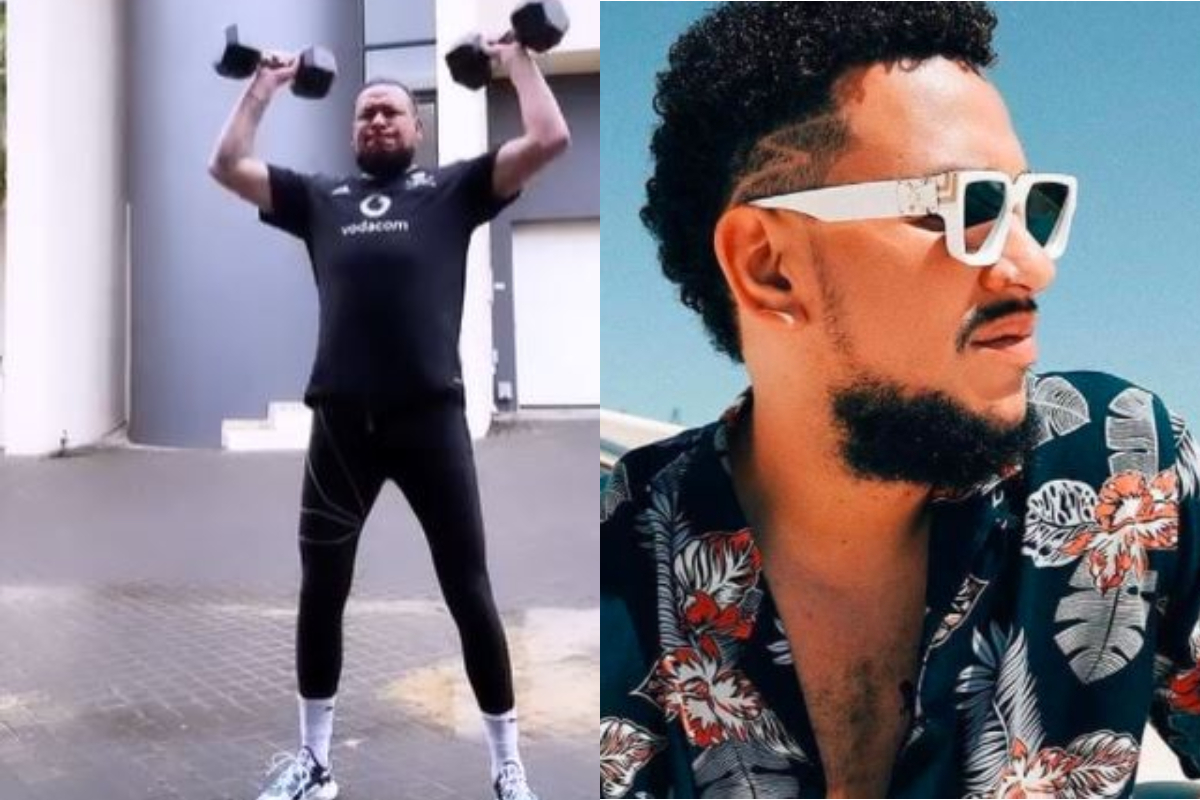 Many of your favorite celebs have taken to the gym to burn some festive weight and return to their best shape and rapper AKA is no different. Taking to his Instagram account the rapper shared a video where he was seen wearing an Orland Pirates jersey and working it out with a couple of dumbbells.

The rapper was recently alleged to have broken the alcohol band which was recently removed by President Cyril Ramaphosa. AKA denied the allegation by stating that what he was drinking was 100 percent apple juice and not alcohol.

The star was in a jubilant mood a couple of nights ago after his favorite club Manchester United beat arch-rivals Liverpool so he would have been forgiven if he had taken a sip but the star claimed he didn’t.

Now where would I get wine during lockdown?? Honestly. I am a law abiding citizen. 🙂 https://t.co/uoubBU2lQn