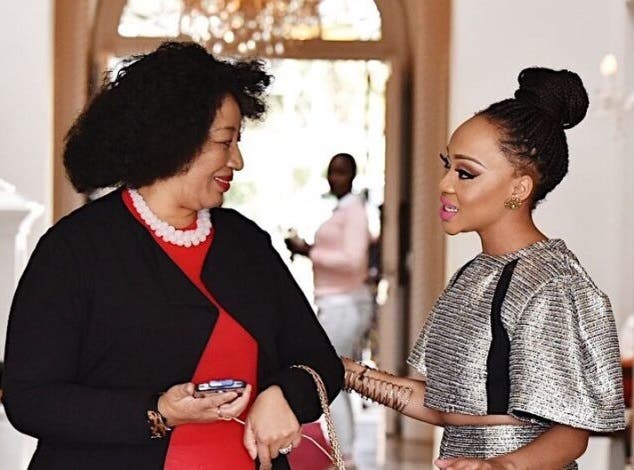 Media personality Thando Thabethe has surprised her mother with a trip to the Maldives.

The talented actress and presenter, who just joined 947 as the drive-time show host, replacing DJ Fresh and Mantsoe Pout, surprised her mum while she was on an outing with her best friend.

In the video that was shared on her Instagram account, Thando arrived with balloons and handed her an envelope that had the trip details.

“A surprise for mom,” she wrote.

As the video continued, Thando’s mum and her mum’s befriend could not hide their excitement.

They jumped up and down with excitement and they couldn’t hold back their tears of joy.

According to Thando, they are set to jet off to the all-expenses paid trip this coming Saturday.

This is not the first time the actress has done something sweet and honourable for her mother.

Thando had previously told the publication buying her mum the house was the biggest achievement of her life.

Other local stars who’ve spoilt their parents include rapper AKA, who bought his mother a car and house last year.