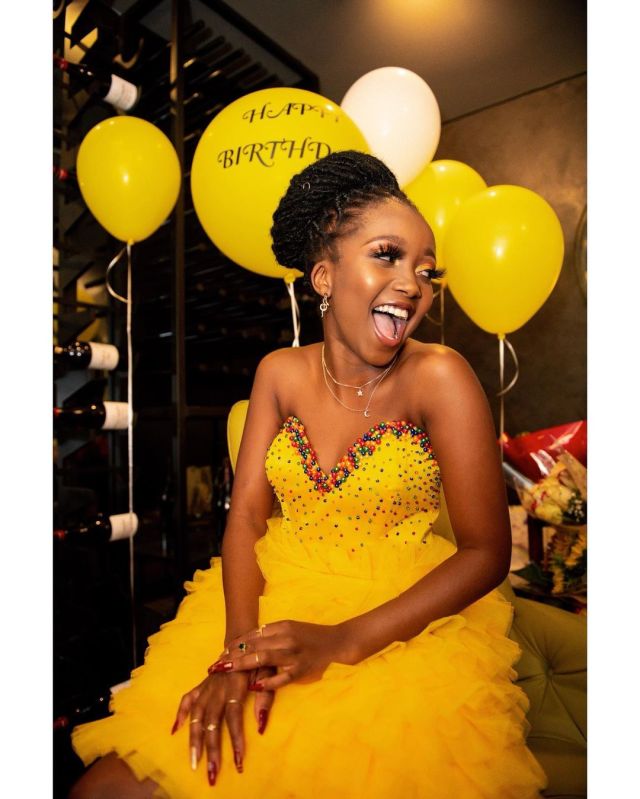 Tonight, e.tv’s much-loved soapie Scandal! is going to pull a shocker. Lindiwe, played by actress Nomvelo Makhanya, is going to get arrested during her graduation ceremony.

Lindiwe has been through a lot in life and turned a new leaf to become the responsible young woman she is today.

But according to the channel, her past will come back to haunt her and her family

The channel shared a sneak peak with the publication and said before the ceremony Javas walks in and asks Mlungisi about credit card fraudsters.

“The problem is there are always people protecting them,” Javas can be heard saying.

During graduation, the venue is well-decorated and people are dressed to the nines. Everyone is happy for Lindiwe. Her sister Omphile is MC and her maternal grandmother lands from KZN.

Gloria makes a speech, highlighting all the rebellious things Lindiwe has done, leaving everyone stunned. An irritated Omphile then cuts her short.

Meanwhile, Lindiwe’s father Mlungisi pulls her aside and tells her about the conversation he had with Javas about her boyfriend. He wants answers.

Then her boyfriend Nhlamulo walks in. Zinzile makes her speech and Ndlokovu is still disturbed. There’s music playing and people are dancing.

Mlungisi then makes a vote-of-thanks speech, telling her daughter how proud he is.

Then everyone goes silent as Javas walks in and tells Lindiwe that she’s under arrest.

It is starting to get rough there by the Ngemas. #etvScandal pic.twitter.com/OpKrpUD88h