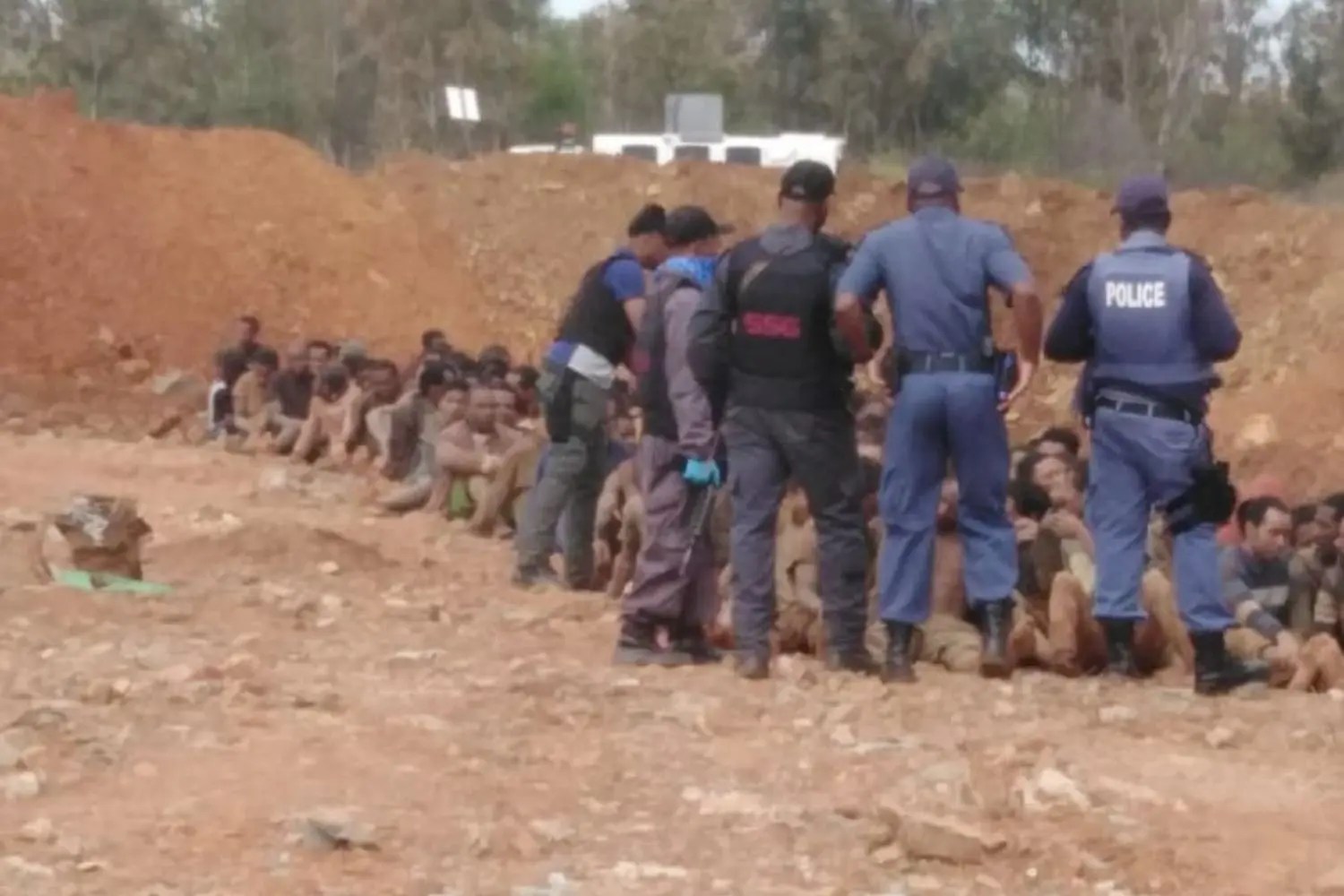 Police are beefing up security at the Lawrence Park mine shaft ventilation in Orkney after a shootout between authorities and hundreds of illegal miners on Wednesday evening.

Six zama zamas, as the illegal miners are known, were killed in the gunfire, and over 30 were arrested.

Police said security officers at the shaft had confronted about 300 illegal miners before the shootout ensued.

The miners were apparently trying to get food supplies to their members underground. Media reports estimate that at least “2,000-3,000 miners” are still underground.

Food parcels and firearms were seen untidily scattered where the shootout took place.

The arrests and shooting incidents came after the mine’s management decided to clamp down on illegal mining activities by closing the ventilation shaft, which the zama zama’s had been using to enter and exit various shafts.

Closure of the shaft had effectively cut off food and water supply to the zama zama’s who still remain underground.

“Consequently, some of the illegal miners used explosives to open a hole [and] 100s [of] illegal miners and started to exit the shaft due to shortage of food and water,” said North West. police spokesperson Brigadier Sabata Mokgwabone. 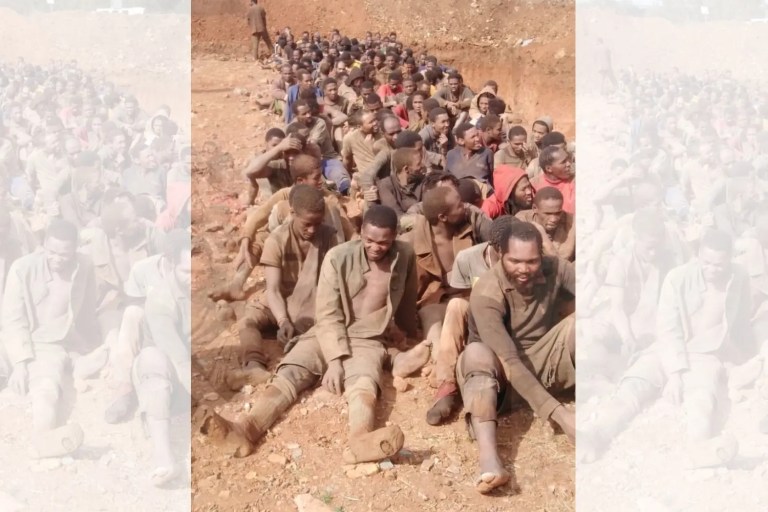 A security guard at the scene told journalists an estimated 3,000 miners remain underground. The zama zama’s who had exited the shaft were the weakened and sick miners that illegal mining bosses didn’t want to waste resources on.

More than 500 zama zama’s that exited the shaft received medical assistance for dehydration before being released.

Some were treated by paramedics, while others were taken to hospital.

The arrested suspects are expected to appear in courts on charges of attempted murder, causing an explosion, malicious damage to property and conspiracy to commit a crime.

The Hawks have now taken over the investigation.

Police are urging residents in the area to remain calm and work with authorities to ensure illegal miners are arrested.

Minerals Council South Africa estimates the commercial value of illegal mining and dealings in precious metals and diamonds could be anything between R7 billion and R20 billion.

Mine owners consider zama zama’s as criminal elements who jeopardize operations and need to be weeded out.

But zama zama’s who toil the land by hand say they are just making a living off the minerals in their motherland.