VIDEO: Woman heavily beaten up by her ex-boyfriend after arriving at work

VIDEO: Woman heavily beaten up by her ex-boyfriend after arriving at work 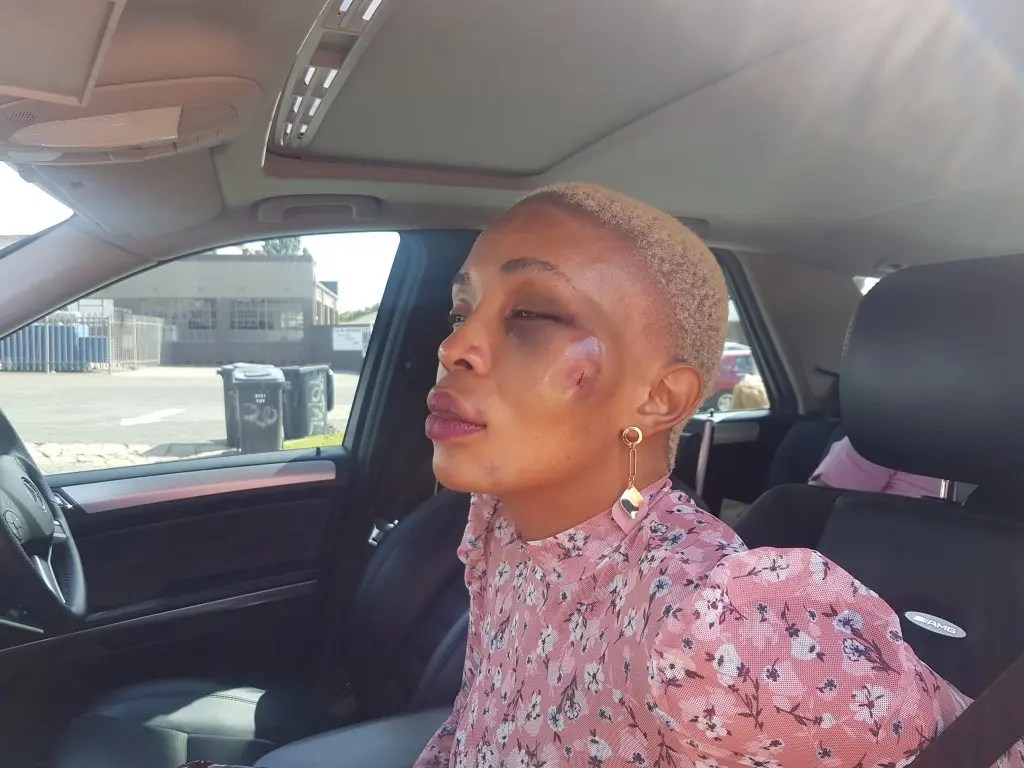 A woman has been badly beaten, allegedly by her ex-lover, after he followed her to her place of work recently.

Palesa Mothokwa arrived at work on Tuesday, with her ex – whom she had been in a relationship with for over a year but had recently broken up with – following close behind.

Mothokwa tried to close the gate to the store she works but he pushed his way in and began to beat her in the store’s entrance, Roodepoort Record reported.

Her colleagues had told her earlier that the man was waiting for her near the store.

Mothokwa told Roodepoort Record the man had stalked her for over a week and even broke her phone.

On the day of the brutal assault, he managed to contact her through a family member to make death threats against her and her children if she reported the incident.

Mothokwa was taken to the Roodepoort police station by Mogale Traffic City Department spokesperson Papi Motaung, where a case of assault with the intent to do grievous bodily harm was opened.

Motaung then took Mothokwa to hospital, for her to be treated for her injuries.

Roodepoort police spokesperson Captain Juanita Yorke confirmed to Roodepoort Record that a case had been opened, and that police were tracking the man down.

Women who need counselling or shelter can also reach out to the social crime prevention unit by calling Sergeant Shumikazi Mbuli on 071-675-7125.