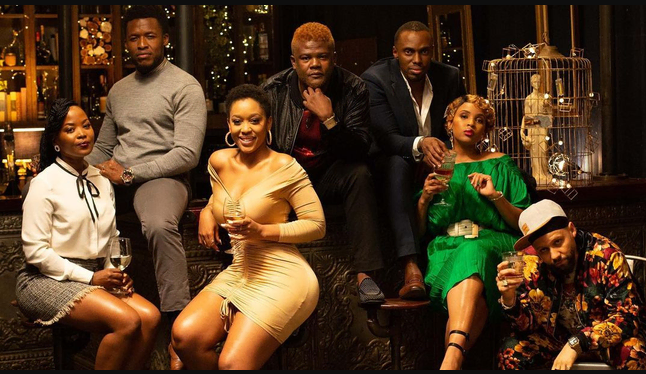 Showmax’s latest original local movie trailer, “One Night Kwa Mxolisi” has been released and it looks like a recipe for success.

Starring a host of talented local actor like “Isibaya” star Linda Mtoba alongside Motlatsi Mafatshe, Nyaniso Dzedze, Buhle Samuels, Donovan Goliath and Fulu Mugovhani, the movie will be released on Showmax on Friday, February 26 and on Mzansi Magic on Saturday, February 27 at 9.30pm.

Created by Sisanda Henna and who also acts in it, “One Night Kwa Mxolisi” is a comedic drama set in Johannesburg.

It tells the story of a semi- successful rugby player who decides to be a restaurateur.

His friends take to celebrations and after one too many, secrets are exposed that threaten friendships.

Sharing the trailer on Twitter, funny man Goliath said that this is his first solid role in a feature film.

“My first solid role in a feature film and I’m so glad it was this one. ‘One Night Kwa Mxolisi’ drops on the 27th Feb on @Mzansimagic,” he wrote.

My first solid role in a feature film and I’m so glad it was this one.

‘One Night Kwa Mxolisi’ drops on the 27th Feb on @Mzansimagic 🔥🙌🏽 pic.twitter.com/ctEOTgjC0v

Creator Sisanda Henna wrote: “Family. So excited about this, thank you! What a team, in front and behind the camera. a great crew. awesome producers.

“A lovely script and special thanks to Kagiso Latane (editor & directors eye) of @CrewCanvus who did so much.”

On Instagram, Henna’s fans congratulated him on the film and said they can’t watch to watch it.

Chezh_73 commented: “🙌 Fantastic Sisanda 🔥 so, so happy for you 💛 your brilliance shines through & carries on 🙌🔥💛”.

While Chriswessels2.0 said: “Cannot wait to see your creation!! Gonna be 🔥”.