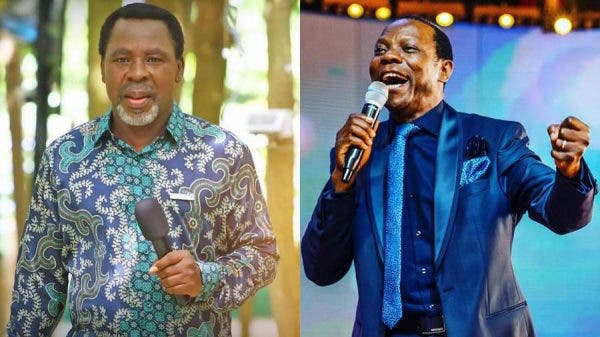 A shocking video circulating online captures the leader of Christian Life Church Kampala urging his congregation to rejoice with him because T.B Joshua is dead.

Pastor Jackson Senyonga echoed in the video that the death of T.B Joshua is very right because millions of mislead souls will be saved across the world.

“We have received news that a false prophet that we know very well – we know him very well not because we are related to him but as a false prophet. TB Joshua in Nigeria has died and we don’t know the cause of his death yet,” Senyonga said.

He described the Nigerian prophet as a false prophet who has, for a long time, led millions of his followers into darkness.

“If one person can destroy a thousand lives, ten thousand lives – he had a following of one million people yet he is fake. He taught these false prophets here in Uganda what to do. He lies and he fakes different things”.

Pastor Jackson tags himself as a leading crusader against fake pastors in Uganda and around the world and his joy comes because one of the alleged fake preachers has died.